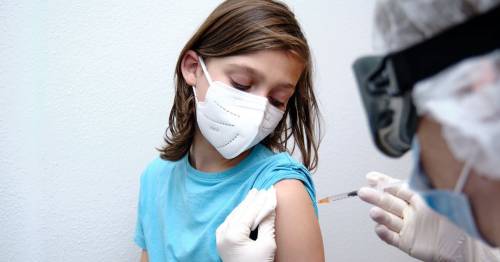 Children aged 12 to 15 are set to be granted Covid travel passes, making holidays far easier for UK families, according to reports.

Parents are currently forced to ring up NHS 119 or go online to request an NHS Covid Pass letter for hassle-free holidays to popular destinations such as Spain, Italy and France.

From Monday British teenagers will be able to download a digital Covid pass through the NHS app or the official website, The Sun reports.

It will allow youngsters to avoid quarantines and self-testing rules when they land overseas.

Testing is also reportedly set to be dropped for vaccinated Brits coming back to the UK from next month in a double boost for the travel industry, the newspaper adds.

The changes will make life a lot easier for families travelling to Europe as venues in France, Switzerland, Greece, Germany, Austria and Cyprus demand either proof of vaccination, a negative Covid test or evidence of recovery from the virus for children aged over 12.

This is different to the UK, where under-18s are exempt from showing Covid passes.

A source told the Daily Mail that the changes will help families avoid an 'administrative nightmare'.

However, unvaccinated travellers will still need to undergo a test upon returning to Britain.

It comes as Boris Johnson prepares to drop Plan B restrictions next week.

Compulsory Covid passes for large venues will be axed from January 27 as the rules are set to expire in law at the end of January 26, the Prime Minister told MPs.

People will also no longer need to wear masks in shops and on public transport when the regulations expire.

"We will continue to suggest the use of face coverings in enclosed or crowded places, particularly where you come into contact with people you don’t normally meet," Mr Johnson previously said.

"But we will trust the judgement of the British people and no longer criminalise anyone who chooses not to wear one."

The Government is also no longer asking people to work from home.

Mr Johnson previously said: "Today's latest ONS data shows infection levels are falling in England and while there are some places where cases are likely to continue rising, including in primary schools, our scientists believe it is likely that the Omicron wave has peaked nationally."

The PM said England could "return to Plan A" and allow the remaining restrictions to expire.

It comes as Covid cases fell to 76,807 on Saturday as the UK passes the peak of the current wave, with infections 20% down on last week.

Another 297 deaths were also recorded, according to official figures from the Department of Health.

Last Saturday the Government announced there were 81,713 confirmed infections, with a further 287 dying of the virus.