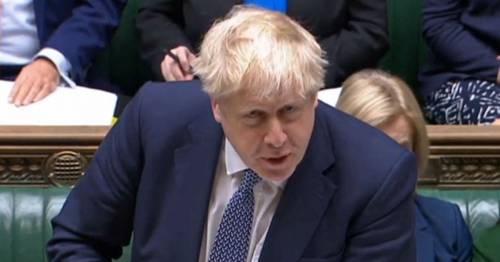 It has been a gilded life of privilege and entitlement, but it is coming to an end.

If Boris Johnson thinks his non-apology apology, ­delivered in tones of ringing insincerity, has got him out of trouble he should think again.

He lied, and lied, and lied again – to paraphrase Hugh Gaitskell – to stay in the job he always coveted, gliding through Eton, Oxford, The Times (sacked for making it up) and safe Tory seats into Parliament.

But his persistent denial of partying in Downing Street while the nation was in lockdown, unable to meet their loved ones, was a lie too far.

Sue Gray is into the so-called Partygate
(

And it will be his downfall, because he can’t help repeating the lie. He still thinks the illegal May rave in the No10 garden was a “work event”. He told MPs he had “taken one for the team” implying that he had done nothing wrong.

He can’t face the real truth, that he broke the rules he imposed on others, because he is a congenital liar. For him, the lie becomes the truth. And when you believe your own lies, you’ve had it.

I doubt that the forthcoming Partygate report by civil servant Sue Gray will add much to the sum of our knowledge. It might not be a classic Whitehall whitewash, but it could be a damp squib.

Asking the head prefect to cane the headmaster is laughably naive. So where do we go from here? There are electoral tests to come. A parliamentary by-election in Erdington, Birmingham, and council polls in May.

If Boris Johnson manages to cling to power until then, voters should so ­humiliate him in the ballot box that the Tories have no choice but to dump him.

A fitting nemesis for a man brought down by his own hubris.