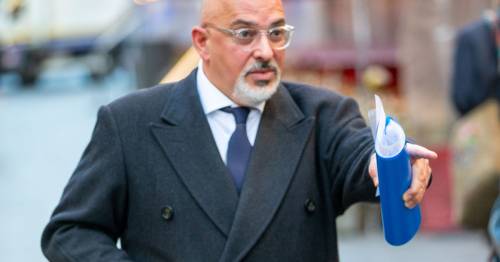 Nadhim Zahawi has rebuffed calls for exclusion zones to be introduced around schools to keep anti-vaxxers away.

The Education Secretary agreed that anti-vaxxers should not be going anywhere near schools but said he would rather see police dealing with them.

Exclusion zones are public spaces protection orders have previously been used to move on protesters outside abortion clinics, or to allow police to confiscate alcohol in certain spaces.

Discussion the use of exclusion zones, Mr Zahawi told LBC: "I’d rather have the police deal with it.

“The best way to deal with the anti-vaxx protesters, which is the way I have dealt with them since I became vaccines minister, is to … always make sure that we deliver the evidence and the data and be positive about vaccines."

When asked if he wanted anti-vaxx protesters arrested he said: “Absolutely. Because the moment you start giving them the space to think that they are somehow being prohibited."

The Association of School and College Leaders revealed this month that 79% of the schools they surveyed had been targeted by anti-vaxxers.

This had mainly been through emails threatening legal action, but the ASCL said in some cases staff had been threatened with physical harm and that some protesters had gained access to school sites.

He claimed Home Secretary Priti Patel had "promised" him that the police have "all the resources they need" to deal with anti-vaxxers.

It comes hour after his Tory colleague, Health Secretary Sajid Javid had called for the zones around schools to be introduced.

Sir Keir said it was “sickening” that those against vaccinations were demonstrating at school gates.

“It is sickening that anti-vax protesters are spreading dangerous misinformation to children in protests outside schools.

"The uptake of vaccines among children is far too low and the government’s rollout is painfully slow. Everything must be done to get those eligible jabbed as quickly as possible in this public health emergency.

“Labour believes the law around public spaces protection orders [PSPOs] urgently needs to be updated so that local authorities can rapidly create exclusion zones for anti-vax protests outside schools," the Labour leader said.

Previous : Couple found dead at home ‘may have been killed over parking row’, say neighbours
Next : Boris Johnson loses his place and rambles about Peppa Pig in bizarre business speech