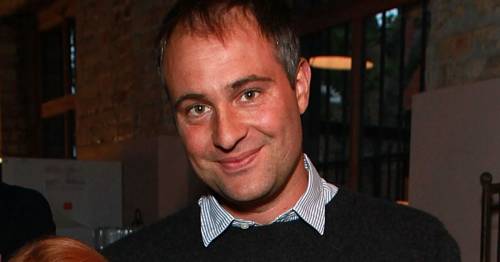 Millionaire environment minister Lord Goldsmith made headlines this week after it emerged Boris Johnson had jetted off for a holiday in the peer’s luxury Spanish villa.

Labour's Deputy Leader Angela Rayner said the role of "Non-executive Director" (NED) was "routinely abused" by the Tories to "hand out jobs to their mates."

NEDs are supposed to be independent officials who “oversee performance and delivery” in a government department.

Ben Goldsmith was made a NED at the Department for Environment, Food and Rural Affairs (DEFRA) by then Environment Secretary Michael Gove in 2018.

But he failed to give up the job, which pays £15,000 for 15 days work a year, when his brother Zac was made a DEFRA minister by Boris Johnson the following year.

“Under the Tories the doors of government departments have been wide open to dodgy lobbyists, Tory donors and friends of Ministers,” Ms Rayner said.

“The role of Non-Executive Director is being routinely abused by Conservative Ministers to hand out jobs to their mates, who are £1,000 a day of taxpayers' money to apparently scrutinise their chums who gave them the cushy gig in the first place."

Zac was allowed to keep the job despite being voted out as MP for Richmond Park in the 2019 election, after the PM made him a Lord.

DEFRA does not believe there is a conflict of interest in Ben Goldsmith’s role.

People are not barred from NED roles because of political activity, as long as it is declared.

There’s no suggestion either Ben or Lord Goldsmith have broken any rules.

The Mirror revealed this week that Mr Johnson was soaking up the sun at a luxury Marbella hideaway owned by Lord Goldsmith, as the UK remained in the grip of a cost of living crisis.

Ms Rayner added: "After the scandal of his last luxury getaway and the dodgy funding for his Downing Street flat refurbishment, the Prime Minister should simply tell us who is paying for his holiday.

“The rules are clear – but Boris Johnson has a habit of breaking them.

“If he is getting another freebie then the public have a right to know who is paying, how much they're paying and what they're getting in return."