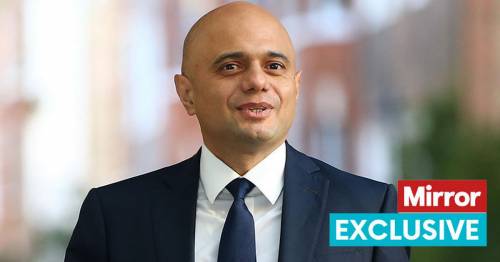 A dozen Tory MPs including Health Secretary Sajid Javid benefit from links to private health firms, we can reveal.

Our investigation comes as a bill is debated today which campaigners warn will further entrench private healthcare in the NHS.

The MPs with links to private health and science firms will all get to vote on the bill in Parliament.

It comes as Boris Johnson ’s Government is the focus of fury over sleaze allegations linked to MPs with lucrative second jobs.

Mr Javid holds share options in a California tech firm that provides artificial intelligence software to the health sector, which Labour calls a “clear conflict of interest and breach of the ministerial code”.

Mr Javid reported that the options in C3.ai to be worth around £45,000 and he is said to have started the process of selling them.

Ranil Jayawardena – had office space worth £19,000 in his Hants constituency donated to him for free by test and trace giant Serco
(

A Department of Health and Social Care spokeswoman said: “The Secretary of State has acted in line with the ministerial code and has properly declared these share options in the usual way.”

Stephen Brine – a “strategic adviser” to pharmaceutical sales giant Sigma, he gets £20k a year for eight hours’ work a month
(

Serco, which was involved in the part-privatised NHS Test and Trace system in England, paid for the office space of MP Ranil Jayawardena in Hampshire constituency valued at almost £19,000 a year.

It was paid around £50m a month for its contact tracing role.

Pharmaceutical wholesaler Sigma pays former health minister Steve Brine £20,000 a year for up to eight hours’ work a month as a “strategic adviser”.

In April Sigma won a £100,000 contract without competition to deliver lateral flow devices to pharmacies.

The Government and Mr Brine said no lobbying took place and that he had no role in the contract award.

He reported he consulted with the Advisory Committee on Business Appointments about the role.

All the MPs listed were contacted yesterday and none provided an on-the-record comment.

Campaigners say the new Health and Care Bill will encourage even more links between politicians and private companies. It will allow private firms’ chief to sit on local boards deciding on spending.

Cat Hobbs, of We Own It, said: "This isn’t just a conflict of interest, it’s a blatant attempt to buy the government and encourage them to privatise our NHS piece by piece. The Bill will make this problem worse."

A Conservative Party spokeswoman said: “Labour and allies claim the NHS is under threat of being privatised. The claim is utter nonsense.”

Previous : WTA says Peng Shuai’s call with Olympic officials does not alleviate concerns about her well-being
Next : Sajid Javid plays down need to move to Plan B in wake of Covid surge in Europe