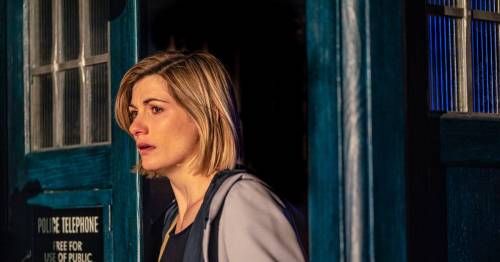 A Tory MP has linked male crime to the fact TV characters like Doctor Who are being played by women.

Nick Fletcher lamented that leading fictional characters had been “replaced by women, and men are left with the Krays and Tommy Shelby.”

Speaking in Parliament, he added: “Is there any wonder we are seeing so many young men committing crime?”

The MP was mocked online, including by people who pointed out Luke Skywalker did in fact appear in later Star Wars films.

Labour MP Ruth Cadbury said: “After a decade in power it's clear that this Government have ran out of ideas to tackle crime if they're looking to blame Doctor who.”

SNP MP Stephen Flynn added: “Could certainly do with someone replacing Nick Fletcher.”

Twitter pundit James Felton said: “If you ever feel stupid, console yourself with the fact that an actual MP thinks men are committing violent crimes because the new Doctor Who has boobies.”

Writer Juno Dawson added: “Yes. This is what's responsible for crime. Doctor Who.

“Nope. Jodie Whittaker. There is no-one they will not blame for their failures.”

The MP was opening a Westminster Hall debate about International Men’s Day.

Having secured the debate, he immediately told MPs: “I’m not really a fan of these days, we seem to have a day for everything at present.”

He added: “Yet for someone who cares deeply about preventing young boys and men from being left behind, it is fitting I lead this debate today for International Men’s Day.

Jodie Whittaker was cast to play the Doctor
(

“For years there has been a creeping narrative that males have it easy, that life is a breeze and that there’s nothing to complain about.”

Mr Fletcher said it was “terrific” that female tennis stars were finally starting to be paid as much as their male counterparts.

He added: “As a father of a daughter myself, I wish to applaud all who have corrected this wrong, and the hundreds of other injustices.

But he said masculinity should be “celebrated at times, rather than continually vilified”, and complained that after “awful events” in the last year – such as Sarah Everard’s murder – the phrase “toxic masculinity” had grown.

He said: “Everywhere, not least within the cultural sphere, there seems to be a call from a tiny, yet very vocal minority that every male character or good role model must have a female replacement.

"One only needs to look at the discussion surrounding who will play the next James Bond.

“And it's not just James Bond. In recent years, we have seen Doctor Who, Ghostbusters, Luke Skywalker, the Equaliser, all replaced by women.

“And men are left with the Krays and Tommy Shelby.

"Is there any wonder we are seeing so many young men committing crime?

Nick Fletcher lamented that leading fictional characters had been “replaced by women, and men are left with the Krays and Tommy Shelby"
(

“Trust me, a lifetime in prison is not cool and neither is living with the memory of a stabbed son or daughter.”

The MP said “I love being a man. Most of my friends are men”, adding: “I don’t think being a man makes me superior in any way, yet being male is an essential part of my identity.”

He called for more male teachers in schools and more male role models elsewhere in life to improve the behaviour of boys and men.

Fellow Tory, Blackpool MP Scott Benton, told the debate: "Unfortunately for far too long men's issues have been swept under the carpet as society focuses on the false narrative of male privilege.

"The very mention of men's issues will have hypocritical virtue signallers seething as they try condemn white men as oppressors.

"No doubt people will sneer and ask why we even need an International Men's Day".

He said it was needed because there are more male suicides and boys' attainment in schools is below that of girls.

Mr Fletcher later said: "Naturally, as is often the case, my rather nuanced point that there are increasingly fewer positive male role models for young boys was almost immediately misconstrued.

"My point was, in fact, a straightforward one and in no way linked Dr Who being a female to crime being committed by men.

"As alluded to earlier in my speech, teachers, parents and carers need to teach young men and boys that males can make a positive difference.

"Promoting this can be done through various means, including through films and programmes.

"Yet something often not discussed is that the only characters many boys with no good male role models in their lives see on television and online are increasingly criminal.

He added: "As has been alleged rather lazily by several individuals, I did not link a Dr Who being female to crime being committed by men. In fact, I was making a statement that boys and young men also need positive role models within the media, just as women do."

Previous : Conned volleyball star spends £600,000 thinking he was dating Brazil model for 15 years – World News
Next : Tory minister blacked out and had to be carried home after her drink was spiked