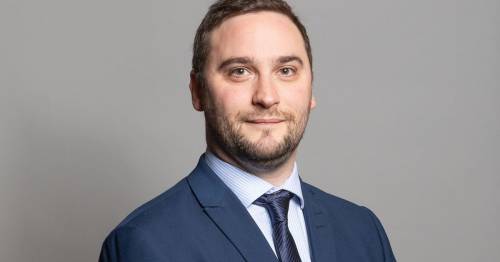 A Tory MP has confessed he called Owen Paterson a ‘c***’ to his face.

Christian Wakeford used the expletive while full of a mixture of “anger" after Mr Paterson broke lobbying rules, and codeine he received for a broken ankle.

The MP for Bury South, one of a number elected to former Labour strongholds in 2019, said he was angry at MPs being “marched up the hill” to try to block Mr Paterson’s suspension.

Mr Wakeford confirmed the claim he used the C-word was true, telling Times Radio: “It's been a mixture of quite a lot of anger and codeine.

“I clearly have a broken ankle at the moment. It's not the best mix.

“But I do think it's fair to show the quantum of anger in the party and that's still happening now.

Asked if he had calmed down he replied: “I think the language has toned down, but I think the sentiment is still there.”

Mr Paterson resigned as a Tory MP after a whirlwind that saw the Prime Minister accused of corruption and led to two weeks of sleaze headlines.

The veteran MP quit before he could be suspended for 30 days over a report which found him guilty of "egregious" breaches of lobbying rules.

A 175-page report found the MP broke four parts of the MPs’ Code of Conduct after lobbying for two firms that paid him a combined £112k a year.

He denied wrongdoing – insisting he fell under an exemption about raising public interest concerns from a private firm – and said the stress of the investigation was implicated in the suicide of his wife last year.

Mr Wakeford was one of five MPs accused of getting drunk on a parliamentary delegation to Gibraltar earlier this month.

Defence Secretary Ben Wallace wrote to the leaders of the SNP and Labour to express his disappointment in three MPs who visited British troops this week.

Claimed then emerged that two Tory MPs on the same trip, including Mr Wakeford, went out until the early hours on Wednesday – yet weren’t mentioned by Mr Wallace.

A source alleged Ben Everitt and Mr Wakeford turned up “hungover” to an event on Wednesday morning – a claim later denied by a Tory source. Neither of the two Tories responded to requests for comment by the Mirror at the time.