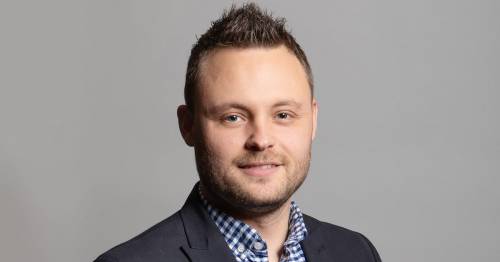 Tory MP Ben Bradley has revealed how police foiled an attack by man brandishing pepper spray at his constituency office.

The Mansfield MP, who was first elected in 2017, said it was during his first ever surgery when a man "jumped up and started waving his spray can around".

Speaking to GB News presenter Gloria De Piero, he also said one online troll threatened to kidnap his wife and that MPs face a "constant torrent of negativity" on social media.

He said: “During my first surgery I ever had in 2017, we had a guy come and wave mace around and he had pepper spray stuff.

"So yeah, it was perfectly calm and then all of a sudden [he] just jumped up and started waving his spray can around. He got arrested pretty quickly.

“You get a handful, five to ten people who are just at you all the time. Usually they have got pretty serious mental health issues and probably are at every other agency around the place as well.”

The MP said police dealt with the incident swiftly but that MPs are repeatedly targeted for abuse online.

He said: “Sometimes you say dumb things that get you a lot of interest that you didn’t mean or you get yourself into trouble. But there’s this constant flow of it I find, and there are some days where you are left thinking: 'Why do I bother.'

“I blocked somebody this week on Facebook, not because they were particularly abusive, but just because it was a constant torrent of negativity on everything…then you get abuse for blocking people.”

He added: “They (trolls) also threatened to kidnap my wife once, which was nice.

"Social media is ridiculous, but you never know how seriously to take these things because on the one hand it's probably some kid praying about some keyboard warrior who will never do it but then if you ignore it and then something does happen you’d never forgive yourself.

“The police ended up at his door and it turned out it was some teenager who burst into tears as soon as they walked through the door.

“People don't understand the impact of their words today when it comes to Twitter in particular.”

Meanwhile, Mr Bradley said he backed Boris Johnson to lead the Tories into the next General Election : “I mean, who else is there? Nobody engages with people in the way that he does, and for every email I get that says he's awful and should go get another one that says he's brilliant, don't ever get rid of him.

“Like everything at the minute, politics is so divided, isn't it? And so kind of bitter in many ways.

“So I think unless somebody comes forward with some brilliant, you know some Messiah-like vision as to what they're going to do, that's better or different than he's the best chance we've got as far as I can see.

“And that agenda for areas like Mansfield, the levelling up, stuff…that comes from him.

“So if he clears off, there's no guarantee that Jeremy Hunt would have the same focus on Mansfield.”

Previous : Man who died after tasered by police and jumping into Thames was carrying firelighter
Next : Keir Starmer to rule out bringing back free movement if Labour wins power