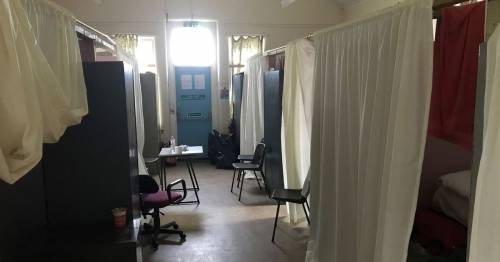 The final report of the Independent Chief Inspector of Borders and Immigration on Penally Camp, Pembrokeshire, and Napier Barracks, Kent, was published hours before MPs left for their summer break.

An interim report with similar findings was issued in March.

But the final report was only issued after senior MP Yvette Cooper, chair of the Home Affairs Committee, accused the Home Office of sitting on it "for many months" in a "Kafkaesque" situation.

The report found a major Covid outbreak last year at Napier Barracks, where 59 asylum seekers are still housed in dormitories, was "virtually inevitable" once one person was infected.

It ruled "managers at both sites lacked the experience and skills to run large-scale communal accommodation".

It found the Home Office gave contractors Clearsprings Ready Homes less than two weeks to set up each site "and did not adequately consult with local stakeholders".

In September 2020 Public Health England warned dorm rooms at Napier were "not supported by current guidance", the report said. But the site opened "recommendations had been implemented".

And "despite a large fire at Napier, inadequate action had been taken to address ongoing serious fire safety concerns at Napier," the report said.

The report concluded: "Home Office staff were rarely present at either site. There were fundamental failures of leadership and planning by the Home Office, which had led to dangerous shortcomings in the nature of the accommodation and poor experiences for the residents."

A resident survey at Napier didn't find a single respondent who felt they had been kept safe from Covid.

Penally has since closed but Napier will remain open until at least September 2021. 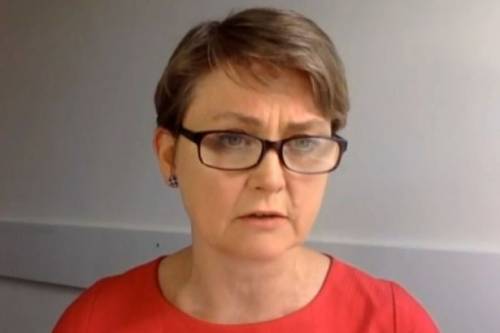 Ms Cooper said: "This is a damning report that shows a complete failure by the Home Office to follow public health advice or meet basic standards of competence and safety.

"Yet rather than recognise the problems, Ministers have clearly attempted to hide it by releasing it on the last day of the Parliamentary session, the day after the Select Committee, when there is no time for scrutiny, even though they received it in May."

“We have made significant improvements to the site since this report was put together and continue to work ensure that residents are safe, secure and their essential needs are met.

“The Nationality and Borders Bill, which Parliament voted for this week, will fix the broken asylum system – we will welcome people through safe and legal routes whilst preventing abuse of the system, cracking down on illegal entry and the criminality associated with it."