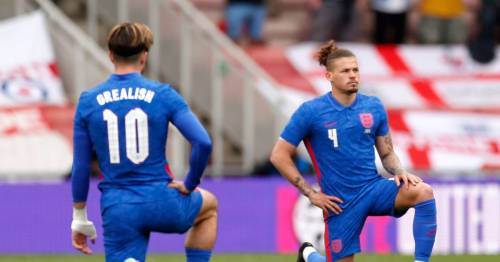 A Tory minister has claimed the England football team is 'creating new divisions' by taking the knee and that booing fans wanted to 'end racism.'

Conservative Gillian Keegan MP was answering a question from the public on BBC's Question Time on Thursday night when she made the comments.

A member of the virtual public panel, Will Drakes, asked: "Is taking the knee habitual tokenism or a massive step in tackling racism?"

He was speaking after footballers continued to make the anti-racism gesture before kick-off while some supporters could be heard booing them from the stands.

Gillian Keegan, skills minister, said: "The key point about all of this and I think we've heard it in the audience's there's nobody who wants to, you know, who doesn't want to end racism. 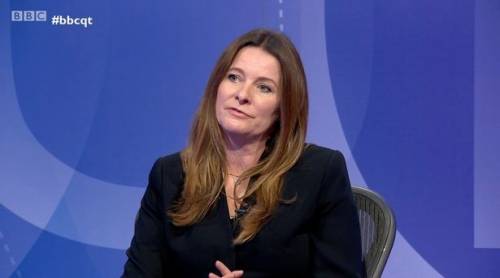 Gillian Keegan is the MP for Chichester
(Image: BBC)

"It's disgraceful it's so impactful, harmful and discriminatory and it does still happen today and we know it still happens today. But what's happening here is this in itself is actually being more divisive, it's creating new divisions."

Host Fiona Bruce then asked if she thought that footballers should not be taking the knee.

Gillian replied: "People have to make their own decisions, it goes back to free speech" before saying it wasn't her judgement to say if they should or should not take the knee, adding: "They're perfectly free to do what they want."

She went on: "And by the way, the people who are booing, I'm pretty sure most of them would like to end racism as well. They disagree.

"There's a lot of things that have been, you know, there's different things that people are interpreting.

"There are some Conservative MPs are very much against it, why? Because Black Lives Matter stand for things that they don't stand for.

"It's really about defunding the police and the overthrow of capitalism, which is, you know, Black Lives Matter the actual political organisation.

US pundit Frank Luntz said he was initially against it but his opinion changed and said: "Everyone has the right to express their point of view. 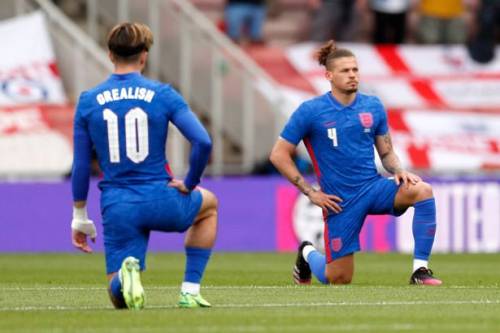 The England squad have continued to make the gesture
(Image: PA)

"And if you are fortunate enough to have a platform… you should be willing to use it but we also have a responsibility as well."

Entrepreneur Kavita Oberoi asked: "Booing, what message does that send if we are supporting that?"

For the past year, footballers have taken a knee ahead of matches to send a message about racism, and this is set to continue during the delayed Euro 2020.

Three Lions manger Gareth Southgate said his squad have a duty to stand up for "equality, inclusivity and racial injustice" and said those who stand against these aims were "on the losing side."

Previous : ‘Matt Hancock’s evidence to MPs at best unconvincing – at worst deeply insulting’ – Voice of the Mirror
Next : End of Covid lockdown rules ‘could be delayed by four weeks’ with June 21 in doubt