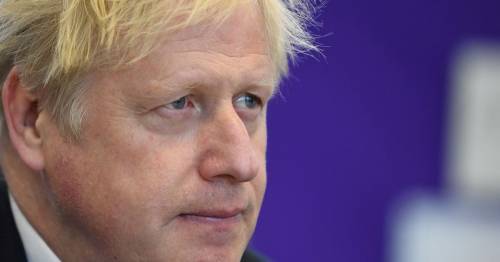 Boris Johnson is still an 'asset’ to the Tories, a senior minister has insisted.

Education Secretary Nadhim Zahawi urged Tory MPs to rally around the Prime Minister – warning: “People don't like to vote for split parties, for teams that are divided.”

It comes after a disastrous night of results for the Conservative Party in the local elections – where the party suffered a net loss of almost 400 councillors, as well as a string of former Tory stronghold councils.

He added: “We are strongest when we are united, we've got a Queen's Speech next week where we will demonstrate to the nation that the second half of this Parliament is all about dealing with repairing the economy, recovering from Covid, the backlog of the NHS and national security – here at home, safer streets – and, of course, abroad.

"All of these things we have a plan for.

"We are stronger when we are united and that would be my message to all my colleagues."

Mr Zahawi told Sky News the speech on Tuesday would set out out the Government's priorities would focus on the economy, health and national security.

And he insisted the Prime Minister who delivered 2019's general election landslide remained an electoral asset to the Tories despite issues in No 10 and Westminster being blamed for the local defeats inflicted on the party.

But the loss of Wandsworth and Westminster in London to Labour after decades of Tory control and significant defeats to the Liberal Democrats in southern heartlands such as Woking could persuade more MPs to submit letters of no-confidence in the Prime Minister.

The partygate row, which has seen Mr Johnson and Rishi Sunak fined for breaching coronavirus laws, scandals involving MPs Neil Parish and Imran Ahmad Khan and the cost-of-living crisis all contributed to a difficult set of results for the Prime Minister.

He told Sky News that Mr Johnson "absolutely" remained an electoral asset: "Boris cuts through in places like Nuneaton, places like Newcastle-under-Lyme, other parts of the country as well – Harrow in London."

Harrow provided a rare bright spot in the capital, with the Tories taking the authority from Labour, while the Conservative majority increased in Newcastle-under-Lyme.

But Aaron Bell, MP for Newcastle-under-Lyme, said the partygate row had come up on some doorsteps in the Staffordshire council and that the issues around Mr Johnson's leadership had to be brought to a head.

Boris Johnson was given a hammering in the local elections
(

Mr Bell, who has already submitted a letter of no confidence in Mr Johnson, told BBC Radio 4's Today: "It's not really up to me, it's up to my colleagues and I'm sure when we get back to Westminster there will be a discussion about that.

"What I do think is it needs to be brought to a head sooner rather than later because I don't think we can continue having this hanging over the party for many more months to come, with the Metropolitan Police and Sue Gray and then the Privileges Committee."

Scotland Yard is still looking at parties in Downing Street and Whitehall, with the publication of senior civil servant Sue Gray's report awaiting the conclusion of the police inquiry.

An analysis for the BBC by elections expert Professor Sir John Curtice calculated that if the whole country had been voting, Labour would have gained 35% of the vote – five points ahead of the Tories on 30% – the party's biggest lead in local elections for a decade.

Labour is facing its own difficulties after police announced a probe into whether leader Sir Keir Starmer broke lockdown rules last year.

"What the results this week have shown is that we have regained the trust of the British public," she told Times Radio.

"For example, taking control of Barnet Council in London, which has a substantial Jewish population, demonstrates both to our party and to the country at large that Labour has changed under the leadership of Keir Starmer in the last two years and that we are ready for government."

In Scotland, the Tories slipped into third place as the SNP increased its tally of councillors by 22 to 453 while Scottish Labour was able to capitalise on the collapse of Conservative support to come second.

In Wales, the Tories lost control of their only council, Monmouthshire, with Labour, the Lib Dems and Plaid Cymru all gaining seats across the nation.

In Northern Ireland, Sinn Fein is on course for a historic victory in the Assembly election after receiving the most first-preference votes.

It raises the prospect of Sinn Fein holding the post of First Minister and will be sure to reignite debate around a united Ireland.

Mary Lou McDonald, president and leader of the party, told TalkTV she believed a border poll would be "possible within a five-year timeframe".

But issues around the Northern Ireland Protocol could derail attempts to form an administration, with the DUP threatening to refuse to join an executive until action is taking to address problems with the post-Brexit deal.