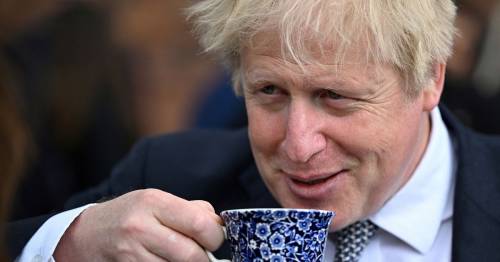 One of Boris Johnson's biggest donors was flagged to authorities over suspicions the ultimate source of a six-figure donation was a Russian bank account, it has been reported.

Millionaire art dealer Ehud Sheleg has bankrolled the Conservative Party to the tune of more than £3.5 million since 2017 – and his cash helped Mr Johnson secure his landslide victory in the 2019 election.

He was given a knighthood and made party treasurer six months before the election.

But according to the New York Times, a donation of £450,000 in February 2018 has been flagged to the National Crime Agency (NCA) by Barclays bank, who say the cash originated in the Russian account of his father-in-law Sergei Kopytov.

Mr Kopytov, now a property mogul, was a senior politician in the previous, pro-Kremlin government of Ukraine.

A memo from Barclays to the NCA in January last year, seen by the US newspaper, read: “We are able to trace a clear line back from this donation to its ultimate source.”

According to the New York Times, the donation was flagged both as potential money laundering and a potentially illegal political donation.

Mr Sheleg’s lawyer admitted to the US newspaper that he and his wife had received millions from Mr Kopytov in the weeks leading up to the donation.

But they said it was “entirely separate” from the donation to Boris Johnson ’s Conservative Party.

They added: “There is absolutely no basis for suggesting that Mr. Kopytov’s gift for his daughter was intended as, or for the purpose of making, a political donation to the Conservative Party.”

His lawyers said the Tories made no requests for additional documentation or information when he made the donation.

The Mirror revealed in 2019 that Mr Sheleg had visited Putin-linked ministers in Russia in 2015, meeting Mintimer Shaimiev, ex-president of the Tatarstan region, and close ally of Russian PM Dmitry Medvedev.

At the time, a source said of Mr Sheleg’s visit: “No business engagement of any kind was carried forward.”

"Donations are properly and transparently declared to the Electoral Commission, openly published by them and comply fully with the law.”

The NCA declined to confirm or deny that they had received an alert about Mr Sheleg's donation, or to comment on the story.