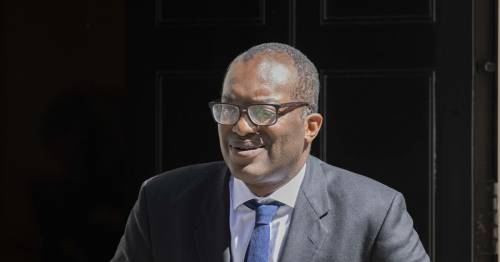 The Tories are poised to push through legislation that will allow employers to bring in agency staff when workers go on strike.

Britain is braced for a so-called "summer of discontent" as workers facing a cost of living crisis threaten to go on strike over pay.

The Government has responded by saying it will bring in a new law that lets agency staff do the jobs of employees who withdraw their labour.

The new law is likely to come into force in mid-July and would not hit rail strikes due to take place this week.

Shadow transport secretary Louise Haigh hit out at Transport Secretary Grant Shapps in the Commons, saying: “The same Transport Secretary that just a few short weeks ago was feigning outrage over the disgraceful behaviour of P&O and who is now adopting their playbook.

“Replacing skilled safety critical staff with agency workers cannot and must not be an option,” she added in the Commons.

A government source has said the change was needed because "unions are threatening action across the economy".

However, unions argue it would undermine the right to strike.

A customer service board informs passengers of upcoming industrial action on June 20, 2022 in London, England. Tomorrow is the first of a three-day strike action this week by more than 40,000 rail workers whose unions are protesting job cuts, pay and working conditions.
(

The TUC and the Recruitment and Employment Confederation (REC) issued a strongly worded joint statement calling on the government to abandon its “unworkable” plan.

They opposed it in the “strongest possible terms”, adding: “Using agency staff to cover strikes will only prolong the conflict between employers and their staff. Strikes are industrial disputes within a single industry or firm.

“Government needs to step up and do the work around resolving industrial disputes rather than inserting a third party in the form of agency workers into a dispute. That does nothing to solve the underlying issues between the company and their staff.”

Neil Carberry, chief executive of the REC, said: “The government’s proposal will not work. Agency staff have a choice of roles and are highly unlikely to choose to cross picket lines.

“Agencies want the ban to stay to avoid them being pressured by clients into supplying staff in hostile and potentially dangerous situations. Earlier this year we saw the effect on agencies who inadvertently got drawn into the P&O dispute. That offers a salutary lesson.

“In all disputes, our aim should be to resolve conflict, not to prolong it. Inserting a different firm’s workers into the middle of a dispute can only ever inflame tensions.

“We urge ministers to re-consider this wrong-headed approach, which runs counter to the standards adopted by the employment industry globally. Business is best served by negotiations, not showdowns.”

“Allowing agency staff to replace striking workers would undermine the right to strike and create genuine safety risks for the public and for the workforce.

“It would put these workers in an appalling situation, worsen disputes and poison industrial relations.

“Having repeatedly promised a high-wage economy, ministers now seem determined to reduce workers’ bargaining power and to make it harder for working people to win fair pay and conditions.

“This government has the power to play an active role in helping to end disputes but it would rather escalate tensions and pick a fight with unions.”

Sharon Graham, general secretary of Unite, said: “When P&O broke the law this Government gave them a slap on the wrist – when trade unions defend pay and jobs they change the law and stoke division.

“It’s clear this Government are on the side of bad bosses.

“Many agency workers will be alarmed at the prospect of being forced to try and break lawful picket lines.”

No official announcement has been made by the government on changing the law.

Business Secretary Kwasi Kwarteng tweeted: “Repealing these 1970s-era restrictions will give businesses the freedom to access skilled, temporary staff at short notice. Legislation is on its way.”

Unison’s head of health Sara Gorton said: “Last year, the Government was full of praise for NHS staff. Now ministers are warning them to expect another pay cut.

“Instead of trying to distract from its own woes by picking a fight with health workers, the Government should be doing all it can to persuade staff to stay in the NHS with a decent pay rise.

“With chronic skills shortages at the moment, it’s difficult to see how the NHS could find enough agency workers to provide safe cover.

“Health workers want ministers to listen and recognise the benefit that a decent pay rise would bring for services and patients.”