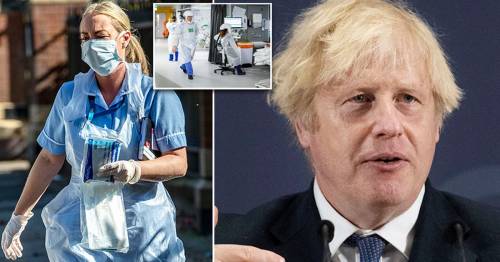 Less than 24 hours ago the government was expecting to make a lunchtime announcement on pay in the Commons, the Mirror understands.

It was widely expected to U-turn on the 1% offer to staff suggested earlier this year, and hand them something more like 3%.

But when workforce minister Helen Whately stood up in the Commons she said nothing about a pay rise – and later admitted there still isn't a deal.

Instead the shamefaced Tory said a pay rise for a million nurses, porters and other staff will be confirmed “in due course” and “as soon as we can.”

The surprise announcement blindsided unions and will spark fears an announcement could be delayed until September – because MPs' summer holiday begins tomorrow at 5pm.

It comes hours after Boris Johnson already delayed a hoped announcement on the future of social care until the autumn. 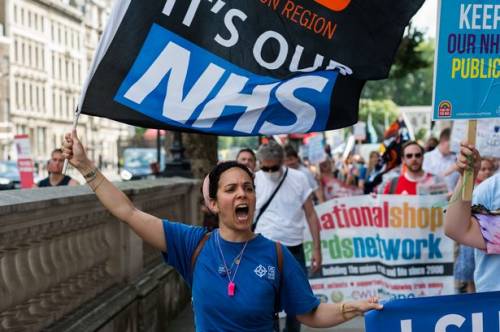 "Ministers are holding them in contempt and we have no choice but to condemn this behaviour.

"With tens of thousands of nursing vacancies and thousands more considering their future in the profession, the government is sending the worst possible signal with this political gameplaying.

“Ministers need to stop the wrangling and come clean about the pay rise they believe NHS staff deserve."

Rachel Harrison of GMB union said: “This is completely outrageous – virtually the last day of Parliament and the Government has insulted hard-working NHS workers once again.

“NHS workers who tuned in to watch the Minister today will be rightly disgusted by this lack of respect.

“GMB has today written to the Prime Minister and Health Secretary to demand they intervene and set out their response on NHS pay before the summer recess.”

Labour's shadow minister Rosena Allin-Khan blasted the "contempt" the Tories showed in releasing the statement to her with moments to spare.

She said: "Once again we find this government has had to row back on a shoddy ill-thought-through decision with their 1% pay rise.

"So what do the government do? Nothing.

"Less than an hour ago there were competing briefings on what the deal was going to be but it turned out to be nothing.

"Our NHS staff deserve better than this."

She added: "Is this really fair on NHS staff who have been sent like lambs to the slaughter without appropriate PPE to work?" 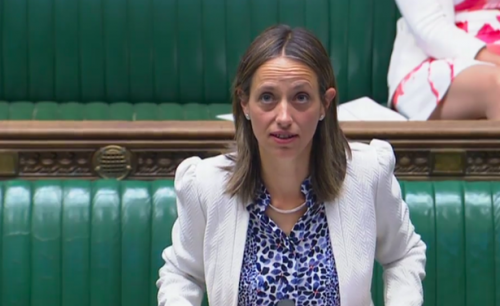 Workforce minister Helen Whately stood up and announced… nothing

But Ms Whately moaned about Ms Allin-Khan's "tone" and said: "I am shocked by some of the language she uses."

Despite sitting on an independent pay review report for weeks she said: "As she knows, the government asked for recommendations from the NHS pay review bodies.

"The government is rightly seriously considering those recommendations and we will be responding as soon as we possibly can."

It had been thought ministers would ditch their previous hope to give staff just 1% after the below-inflation rise prompted fury and protests from tennis star Andy Murray.

"In the NHS's proud 73 year history, no year has been as tough as the last," said care minister Helen Whately. "They’ve been there for us at the best of times and the worst of times."

Labour MP Andrew Gwynne said: “I’m not sure what the point of this statement actually is. It does seem as though pages two to four have been torn out at the last minute.”

Even a rumoured 3% rise was only just above the current inflation rate of 2.4%, at a time when more than 1,500 health and care workers have lost their lives in the Covid pandemic.

It comes a day after a petition signed by 800,000 people was delivered to Downing Street demanding a 15% rise. 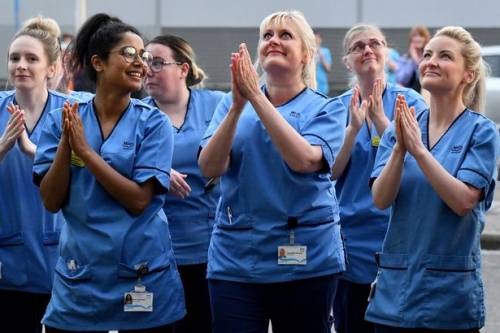 The nation clapped for NHS workers and carers – but that alone could not pay the bills
(Image: Getty Images)

Matthew Tovey, a nurse from Merthyr Tydfil, South Wales, who launched the petition, told the Mirror: “We were hailed as heroes and angels – working in unimaginable conditions, with limited resources, scarce PPE.”

He added: “Claps don’t pay the bills and this government had taken advantage of the good will of NHS staff for far too long.”

“Health workers are on the cusp of another wave of the deadly virus and have already been through so much. They’ve been treated shabbily.

“Just as NHS staff thought ministers were at last to announce the pay rise they’ve more than earned, hopes have been cruelly dashed.”

The Government has been sitting on the recommendation of the NHS Pay Review Body for weeks.

The body heard the 1% proposal as well as evidence from unions. It delivered a recommendation to Government but it is now dithering over a final decision.

Confirmed pay packets for teachers, police and senior civil servants were set to be confirmed today – but could lead to disappointment.

Chancellor Rishi Sunak said in November that while nurses, doctors and others in the NHS would get a pay rise, other public sector workers would not – unless their pay is under £24,000.

Boris Johnson spent months dithering over whether to improve his 1% pay offer for 2021/22 for more than a million Agenda for Change staff – who include nurses, porters, cleaners and healthcare assistants, though not doctors.

Previously he refused to promise a better pay rise, instead saying: "I’ll do whatever it takes to make sure they get everything they need".

Earlier this month Sir Andy Murray joined the Mirror’s fight to get nurses a proper pay rise – and blasted the Tories’ “pathetic” proposed 1%.

The two-time Wimbledon champion said it was time our Covid heroes were given proper recognition.

“I think what is it, they got something like a 1% pay rise? It was pathetic,” he said.

“So, yeah, they obviously deserve a lot more than that, and, yeah, they have done an amazing job getting us through the pandemic.”