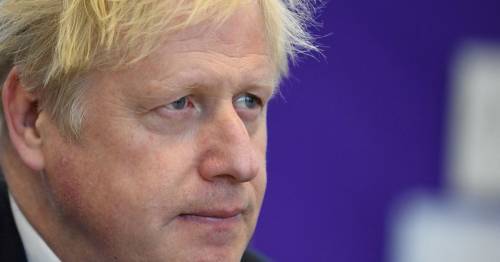 The Conservatives have lost control of their only council in Wales as the party suffered heavy losses.

Monmouthshire was the only local authority held by the Tories, which now falls to no overall control.

Labour has become the biggest party with 22 seats. The Tories lost 12 seats, and the Green party gained one.

Labour held its majority in Cardiff, considered a key seat, alongside Swansea.

It comes after a tough night for Boris Johnson across Britain as the Tories sustained losses across England and fell to third place in Scotland.

Welsh First Minister Mark Drakeford at a count in Cardiff
(

Richard John, the Conservative leader of Monmouthshire, said the results would create a "hard pain" for the party.

Councillor Adrian Robson, leader of the Conservatives in Cardiff Council, said MPs need to decide whether to keep Boris Johnson on as Prime Minister or face more election losses.

"Conservative votes are splitting all over the place. I think the MPs in Westminster need to make a decision and decide what that decision is," he told WalesOnline.

"If they decide they can’t do that, then they need to make the change but we can’t have another two years of what we’ve had because that’ll just mean we’ll lose the general election and continue to haemorrhage councillors."

The 2022 results are not yet in for all Welsh councils, including Flintshire which will be a test of Tory popularity in an area in which they did well at the 2019 general election.

This year's council election will mark the first in which 16 and 17-year-olds have been allowed to vote in Wales.

Previous : Tories blame Partygate for poor local election results in Scotland as they fall behind Labour
Next : For children who lost a parent, the pandemic pain will never end