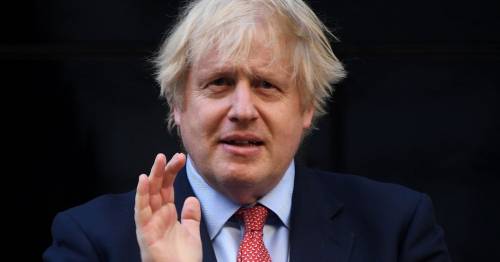 THE Government's use of a 'VIP lane' to hand out lucrative Covid contracts to two firms was unlawful, the High Court has ruled.

Billions of pounds worth of deals were handed to associates of ministers and officials during the early months of the pandemic.

In a challenge brought by the Good Law Project and campaign group EveryDoctor, a judge ruled the operation of the "high priority lane" was "was in breach of the obligation of equal treatment… the illegality is marked by this judgment."

But Mrs Justice O'Farrell found both of the companies' offers "justified priority treatment on its merits" and were "very likely" to have been awarded contracts even without the VIP lane.

In May 2021, they argued that millions of pounds worth of equipment, which was "useless to the NHS", was purchased in April and May 2020 without proper technical checks, at inflated prices, as a result of the contracts provided through a "VIP lane".

The High Court was told this lane was reserved for referrals from MPs, ministers and senior officials, adding that DHSC "then prioritised suppliers including PestFix and Ayanda because of who they knew, not what they could deliver".

During the five-day hearing, the groups argued that "well over half" of the approximately £595 million spent with PestFix and Ayanda Capital was "wasted" on PPE which did not meet technical standards for use in the NHS.

"The outcome of all of this was a truly tragic waste of public money," Jason Coppel QC, for the groups, told the court.

The Department of Health and Social Care (DHSC) had contested the claim, telling the court it resulted in a "large number of credible offers" in an environment where PPE deals often failed within "minutes".

A spokesperson said: "All contracts underwent sufficient financial and technical due diligence and the court found that we did not rely on the referral to the high priority lane when awarding contracts."

Boris Johnson claps for key workers in May 2020
(

In a ruling handed down yesterday (WED), Mrs Justice O'Farrell agreed the VIP lane conferred preferential treatment on bids and sped up the process.

That meant, she said, offers were considered sooner in a process where timing was critical, and VIPs’ hands were held through the process.

She said: “Offers that were introduced through the Senior Referrers received earlier consideration at the outset of the process.

"The High Priority Lane Team was better resourced and able to respond to such offers on the same day that they arrived."

Jo Maugham, Director of the Good Law Project said: “Good Law Project revealed the red carpet-to-riches VIP lane for those with political connections in October 2020. And the Court has now held that, unsurprisingly, the lane was illegal.

“Never again should any Government treat a public health crisis as an opportunity to enrich its associates and donors at public expense.”

Dr Julia Grace Patterson, Chief Executive, EveryDoctor said: "We brought the government to court because NHS staff and other frontline workers were woefully unsupported and unprotected by this government. Many were provided with no PPE, and many died. The government must never again be allowed to conduct themselves in this manner during a national healthcare crisis".

A spokesperson for Matt Hancock said: "We are delighted that the Department for Health has won this case, as the Court found that the priority treatment was "justified" and rightly refused to grant any rectification for the way PPE was urgently bought in the height of the crisis.

“It is good that this costly legal action has come to an end with no further action necessary. At the time, a huge number of people were doing everything they could to get PPE to the front line as fast as possible in a national emergency.

“As the National Audit Office has confirmed, Ministers had no involvement in procurement decisions or contract management.

“The Department was doing the best it possibly could within the rules to respond to an unprecedented situation, and crucially, the Court has rightly found that action was justified and absolutely no rectification or further action is necessary."