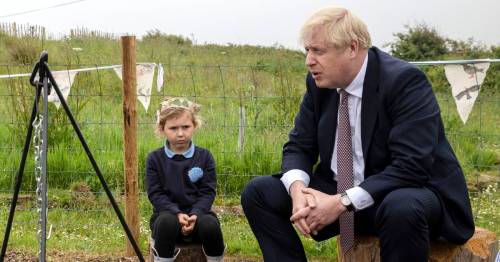 Tory ministers have confirmed a real-terms pay cut for hundreds of thousands of teachers and police officers in a “slap in the face” to Covid heroes.

School staff have had to cope with teaching from home and a looming crisis in education, while police have put themselves in harm’s way while others stayed at home.

That is a pay cut when compared to the 2.4% inflation rate.

There will be exemptions to the freeze for those who earn less than £24,000, or less than £28,681 in inner London for teachers.

Those lower-earning workers will receive an increase of £250 over the year. 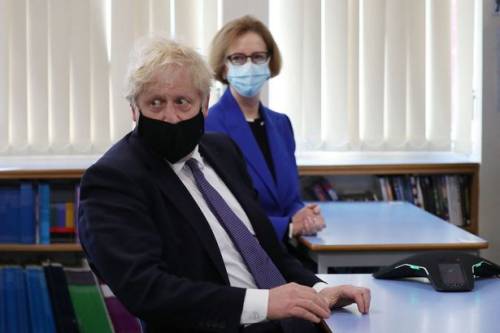 But this exemption covers just 6,000 unqualified teachers and a small number of police officers, as the vast majority earn over £24,000 already.

The plans, which come despite more than a million NHS staff getting a 3% rise, were first announced last year by Chancellor Rishi Sunak but were confirmed in written statements to Parliament.

TUC General Secretary Frances O’Grady said: “Ministers are still freezing the pay of other key workers who kept us going through the pandemic – like care workers, and teachers.

“Key worker pay is the acid test for the prime minister’s promise to ‘build back fairer’.

“Every key worker deserves a decent standard of living for their family. But too often their hard work does not pay. We owe them better.”

Paul Whiteman, general secretary of school leaders’ union NAHT, said a “slap in the face doesn’t begin to describe it.”

He added: “Leaders have worked literally without a break since March 2020, organising a move from onsite to remote learning within in a matter of days, operating complex arrangements for blended onsite and remote learning, navigating the extraordinary circumstances facing public examinations, and operating track and trace through their holidays.

“This pay cut risks further eroding leadership supply, and risks prompting an exodus of leaders when the pandemic finally lifts.”

Shadow Education Secretary Kate Green said the Tories had broken their manifesto pledge to raise teachers’ starting salaries to £30,000 by 2022/23.

And on police pay cuts Nick Thomas-Symonds, Labour ’s Shadow Home Secretary, said: “This is a blow for police officers who have served the country so bravely throughout the pandemic. 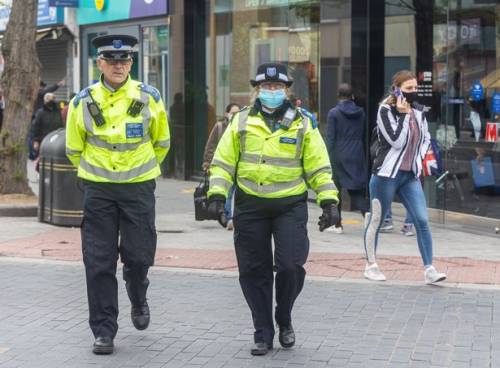 Police offices have put themselves on the front line
(Image: Alex Lentati/LNP)

“Not only have they been at risk of Covid, but in the past year attacks on officers have rocketed. In response, they should have a Government that has their back.

"One day Ministers are clapping frontline workers and praising them in Parliament – the next pushing through an insulting real terms pay cut – utterly shameful hypocrisy yet again, especially from Priti Patel."

"I think that's entirely fair. Obviously we'd like it to be more but you've got to remember we spent £350 billion to deal with the pandemic.

"I think 3%, which, after all, was what the independent review came up with, is a fair number."

Previous : Unilever’s inflation struggle is a mixed basket
Next : Nurses could strike over 3% pay rise as Boris Johnson ‘plots tax raid to fund it’