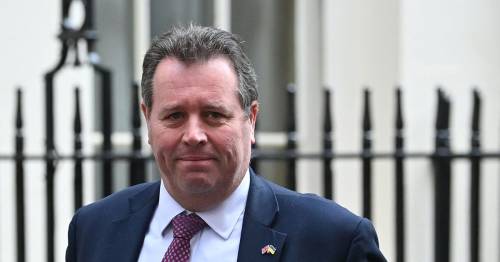 The Tory Commons leader has risked angering dozens of his own party's MPs by declaring people elected in snap elections were unsuitable.

Mark Spencer made the eyebrow-raising comment in an interview with The House, Parliament's in-house magazine.

He suggested unsuitable candidates were able to stand in the 2017 and 2019 elections because they were announced in a rush.

He said all parties – but certainly the Conservatives – would deliver a "higher calibre" of candidates at the next election, because it won't be a surprise.

It comes as Parliament faces mounting accusations of sleaze, sexism and bullying – and a raft of resignations, which sparked by-elections.

He said: "I think we'll be in a much better place at the next general election, certainly in the [Conservative] party as we will have taken much more time to scrutinise people. There will be a much longer process.”

“The Labour Party, Liberal Democrats will all have selected candidates quite quickly, not realising a general election was coming.”

Some 107 Tory MPs were newly elected in 2019, and have formed a close-knit faction within the party.

Mr Spencer, whose previous job as Chief Whip put him in charge of party discipline, was elected in 2010.