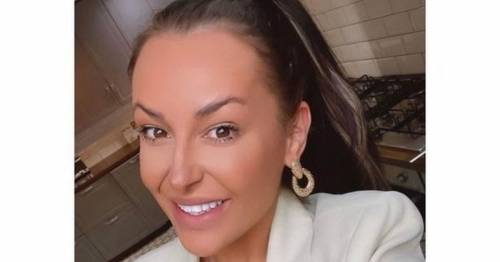 The business owner, from West Denton, Tyne and Wear, launched Clean As A Whistle five years ago and started working with properties in the local area.

Her company has gone from strength to strength and she has gained a loyal following after sharing 'before and after' clips on social media.

"We started with normal domestic cleaning like five years ago, but we've really been focusing on the biohazard, trauma and mental health cleaning for the last three years," she told Newcastle Live.

"It's something that I've always been interested in but it's incredibly hard to break into the market.

"I've had to invest a lot of money in training courses and learning. We have had to create partnerships too, with the likes of the QE hospital and their discharge team, as well as other mental health hospitals in the area and things like that.

"We've gained all sorts of good relationships with people too. We also just want to help out – there are some people that are living in seriously bad conditions."

It's a dirty job on a daily basis for Faye and her team, who are constantly faced with mounds of dirt, litter, mould, and obscure items you would never expect to find in a household.

Viewers are baffled by the before and after clips
(

"You wouldn't believe it – car tyres piled up in front of doors, maybe like 5,000 bottles of spirits lying in the property. He was weeing in empty bottles of Captain Morgan's and actually pooing in pizza boxes. That was definitely up there."

Faye has also come across animal hoarders in the past too – those who don't dispose of dead animals correctly and leave them within the property itself.

She added: "The other terrible ones have got to be animal hoarding. When you're cleaning up and finding dead animals, it's like 'oh my goodness'. You think 'there's another cage with something in'.

"They're definitely the worst one, but the video I put up yesterday was also just as shocking."

And social media has certainly helped propel Faye to the next level in terms of free advertising through shock factor alone – with millions of views across her Instagram, Facebook and TikTok channels.

Many loyal viewers who continuously check Faye's business pages online also leave endearing comments, praising her and her team on their tireless work.

Shellie Prior, said: " I hope you're all so proud of yourselves, job satisfaction right there ladies," while Andrea Cowen, commented: "Wow that is amazing Faye you should be very proud of yourself & your team."

Benjamin Stanley, questioned: "How on Earth do you price a job like that? Respect for taking it on," and Sue Murray, said: "Hard graft but what a result!"