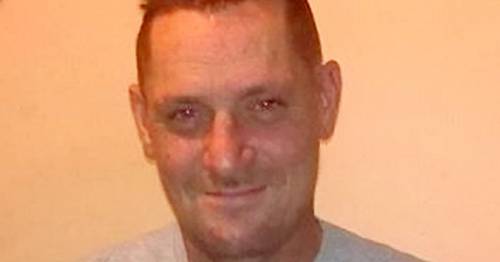 A pair of killer thugs who were caught on CCTV celebrating after battering a dad to death in a park in broad daylight have been jailed for life.

A court heard Mr Bird was repeatedly punched and kicked by the pair, who he did not know, during the unprovoked assault in Victoria Park, Tipton, West Midlands

Bennett, 39 and Gill, 34, fled the park leaving Mr Bird lying unresponsive and bleeding on the floor and were later caught on CCTV laughing and re-enacting the vicious attack.

The dad-of-five eventually got up and despite the severity of his injuries managed to make his way to his niece’s house, a short walk from the park.

When Mr Bird arrived she immediately called an ambulance and Mr Bird was taken to hospital with serious head injuries, a broken jaw and fractured cheekbone.

Steven Bennett was given life behind bars
(

He remained in hospital for over two weeks where his health rapidly deteriorated.

Detectives identified the killers through witness statements and CCTV before their homes in Tipton were raided by officers.

A pair of trainers belonging to Bennett were recovered and DNA analysis showed traces of Mr Bird's blood on the sole.

Bennett claimed that he had been falsely identified while Gill answered no comment throughout his police interview.

But following a trial at Wolverhampton Crown Court the pair were both found guilty of murder on Tuesday (12/10).

Jurors were told the pair launched the violent and sustained assault after wrongly accusing Mr Bird of being a paedophile.

Today they were both jailed for life, to serve a minimum term of 16 years.

Mr Bird's family said afterwards: “We have to live with the memory of visiting our dad in hospital following the violent attack on him last summer.

"It was huge shock to see how badly beaten Dad had been and it is a memory that we are worried will stay with us forever.

“Our dad was an extremely caring and kind man. He was very proud of his children and was over the moon to be a grandfather.

"Sadly he never got to meet his second grandson who was born a month after he was killed.

He was attacked in the park in front of families
(

“We will never understand why anybody would want to take our dad’s life in such a brutal manner.

"We can only hope and place our trust in the justice system to punish those responsible accordingly.”

Detective Inspector Adam Jobson, from West Midlands Police Force CID, said: “This was a vicious attack on Anthony in front of horrified families and young children.

“I want to say a massive thank you to the witnesses who came forward and provided important information. Without a doubt we couldn’t have got here without you.

“Our hearts go out to the family of Anthony who have sat through this trial and have listened to many untruthful things about their father.

"I hope they can take some comfort knowing their father’s attackers are now behind bars.”