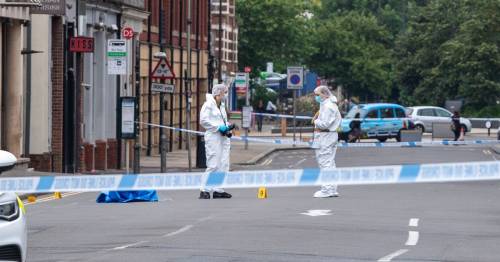 Three men were stabbed in a street brawl that erupted outside nightclubs just days after they were allowed to reopen in England.

All three men, aged 20, 22 and 26, are in a stable condition in hospital after receiving treatment for stab wounds following the night of violence across the UK.

A 20-year-old man was arrested on suspicion of attempted murder and wounding with intent after police and paramedics were called to the scene in Oxford city centre shortly after 3am on Saturday.

That man was later released without charge.

A street and two car parks were cordoned off, and a blue and white police tent was set up at the scene.

Did you witness the incident? Email webnews@mirror.co.uk. 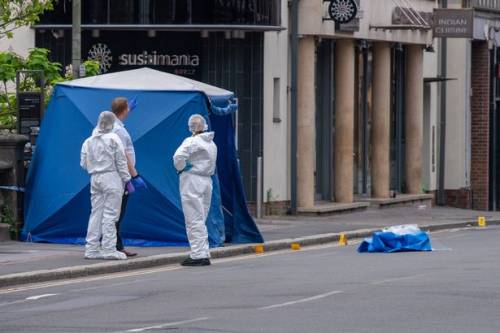 Police were called to a fight in Oxford city centre just after 3am
(Image: Peter Manning/LNP)

A police spokesperson said: "Thames Valley Police is appealing for witnesses following an altercation in Oxford.

"Officers were called to Park End Street at around 3.15am this morning following a report of an altercation.

"Three men, aged 20, 22 and 26, were found to have stab wounds and were taken to hospital where they remain in a stable condition.

"A 20-year-old man from Oxford who was arrested in connection with this incident has been released without charge."

Detective Inspector Matt Bick added: “I am appealing for witnesses to this incident, or anyone who may have information about what happened, to please get in touch with police.

“I would also ask anyone who may have dash-cam footage from the local area around the time of this incident to please review the footage in case it may have captured something that could assist the investigation.

“At this time there is a large scene watch in place with both Park End Street and Worcester Street car parks remaining closed.

“There will also be an increased police presence in the local area whilst we carry out this investigation. 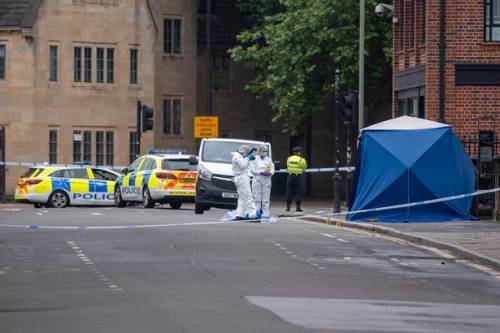 The street was closed and a blue and white police tent was set up
(Image: Peter Manning/LNP)

“Anyone who has any information can contact police by calling 101 or making a report online, quoting reference 43210329449.

“Alternatively, if you wish to remain anonymous, you can contact the independent charity Crimestoppers on 0800 555 111 or via their website.”

Nightclubs were allowed to reopen from July 19 as most legal restrictions on social contact in England were lifted.

The stabbings were part of a number of violent incidents in the UK overnight.

In south London, a 36-year-old woman was stabbed to death in East Dulwich at about 10pm on Friday. 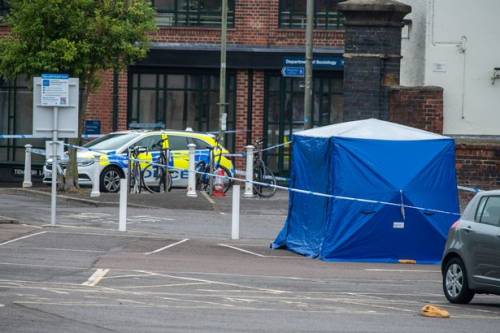 Police have arrested a 49-year-old man on suspicion of her murder, the Metropolitan Police said.

The pair are believed to be known to each other.

In Dagenham, east London, a man thought to be in his 40s died after he was found at a junction just before midnight following a report of an assault.

A 38-year-old man was arrested at the scene on suspicion of murder.

In other incidents on Friday night, a man in his 20s was critically injured when he was stabbed outside a home in Wednesbury, West Midlands, and two 15-year-old boys were knifed during a fight at Keel Wharf in Liverpool.

Both boys have since been released from hospital.