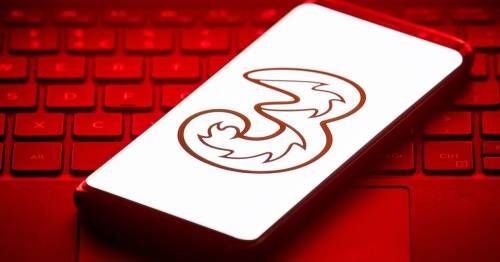 Brits have been left unable to make calls after Three went down this morning.

Customers of the network began experiencing problems at around 5am this morning, according to Down Detector.

By 8.45am around 1,500 people had logged issues, suggesting the problems may be widespread.

Three acknowledged there was an issue shortly after 7.30am.

'"Please accept our apologies if you've been affected by this, our engineers are working hard to fix it," the company said in a statement.

"Check back here for updates."

The bulk of the complaints suggested that making phone calls was the issue, with a smaller number registering problems with mobile internet.

"Can’t make or receive calls. Your live chat is down. This is everyone on three is affected currently yes?" one woman tweeted at Three.

Another user posted: "Anyone having problems with @ThreeUK my whole family can't make or receive calls. #three #3 #outage".

One woman added: "@ThreeUKSupport I can't phone out or people can't phone me and it's the same for the people who are on #three network #help"

Technology companies have had a bit of a tough time of it over the past couple of weeks.

Yesterday Snapchat went down for around four hours.

Previous : Hungary’s daily COVID-19 cases rise above 1,000 for first time during fourth wave of pandemic
Next : How the UK’s financial regulator was led a merry dance by shifty savings firms