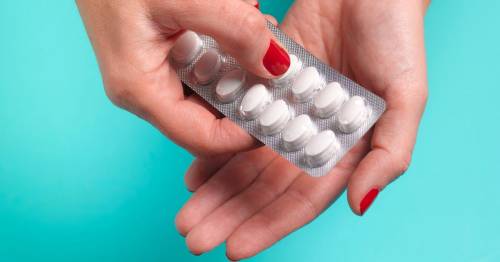 About 4,000 women with breast cancer could benefit from a new twice-daily pill approved on the NHS.

The charity Breast Cancer Now has welcomed a decision by the National Institute for Health and Care Excellence (Nice) to offer women the drug "abemaciclib", which can dramatically reduce the chances of the disease coming back once a tumour has been removed.

The medication, made by Eli Lilly, is suitable for those with hormone receptor-positive, HER2-negative, node-positive early breast cancer at high risk of recurrence who have had surgery.

Results from a clinical trial showed that people having abemaciclib and hormone therapy had a more than 30% better chance of their cancer not coming back following surgery compared with hormone therapy alone.

Baroness Delyth Morgan, chief executive at Breast Cancer Now, said: “It’s fantastic thousands of women with this type of primary breast cancer will now have an additional treatment option available on the NHS to help further reduce the risk of the disease coming back.

“The fear of breast cancer returning or spreading to other parts of their body and becoming incurable can cause considerable anxiety for so many women and their loved ones.

“New effective treatments such as abemaciclib, which can offer more women the chance to further reduce the risk of the disease recurring, are therefore extremely welcome and this is an important step-change in the drug options available for this group of patients.”

“The fact that we have been able to produce draft recommendations so quickly is testament to the success of our ambition to support patient access to clinically and cost effective treatments as early as possible," Ms Knight said.

She said that until now there have been no targeted treatments for people with this particular type of breast cancer.

Ms Knight added: “Abemaciclib with hormone therapy represents a significant improvement in how it is treated because being able to have a targeted treatment earlier after surgery will increase the chance of curing the disease and reduce the likelihood of developing incurable advanced disease.”

Around 50,000 people a year are diagnosed in England with breast cancer. HER2-negative breast cancer is the most common type, accounting for about 70% of all breast cancers. It is estimated that early breast cancer comes back after initial treatment in around 30% of people.

Professor Peter Johnson, cancer director at NHS England, said: “Thanks in part to this latest deal struck by NHS England, NHS patients will be able to access another new targeted drug for a common and aggressive form of breast cancer.

“Abemaciclib, when used alongside a hormone therapy, offers a new, doubly targeted, treatment option, helping to increase the chances of beating the cancer for good, as well as meeting the NHS’ commitment to delivering improved cancer care under our Long Term Plan.”