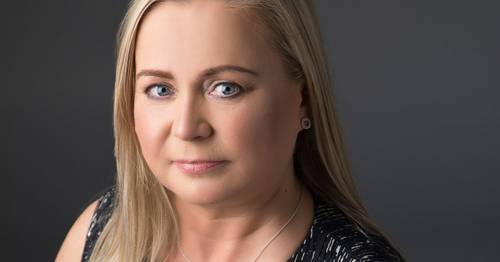 Business owners facing eviction and anguish plan to sue the government over Bounce Back Loans unless some of the crippling repayments are written off.

These loans were meant to help firms weather the pandemic by letting them borrow between £2,000 and 25% of a business’ turnover up to £50,000.

The government said it would pick up the 2.5% interest charged by banks and building societies for the first year.

But a new campaign called Back British Business says many firms are now struggling under the weight of these repayments, and feel misled by the government.

The campaign says businesses could default on £22billion of these loans, around 30% of the £74billion lent out under the scheme – unless government steps in.

It is prepared to sue the government unless it does help out.

One struggling business is Leicestershire print shop FoxPrint, which has a staff of nine people.

Anne-Mari Niemela, 51, runs the company and took out £50,000 in Bounce Bank Loans she is struggling to repay.

She said: "We thought our business would be back on its feet very quickly but the repeated lockdowns meant it was all stop/start. It didn’t give us a chance.

“I am only paying back interest only, and I think we will be saddled with this debt for five to seven years.

Is your business struggling with these loan repayments? Message mirror.money.saving@mirror.co.uk

“This has affected many people’s mental health .

“I am now on anti-depressants and my relationship with my partner has broken up because of all the stress.”

Another small business owner is Blair Barnette, 51, who runs a TV production company.

She took out £22,000 in Bounce Back Loans when TV sets were closed due to the pandemic .

But she ended up getting evicted from her home due to the weight of the repayments.

She said: “Initially, I was applying for a regular bank loan for a short period because I was completely excluded from government support and had no income at all. I just didn’t know how I was going to get through a couple of months.

The loans were first announced by chancellor Rishi Sunak
(

“The bank said ‘Hang on, wait for a week or so for a new loan to come along which is government-backed. If there’s a problem, the government will back this and they won’t come after you. You’ll be safe and it will get you through.’

“I thought it would bridge the gap and I would start working soon and I would have time to pay it back. But now they are starting to chase.

“I’ve not caught up yet and I have no possible way of paying it back to the schedule that they would like.

“I’m on the verge of wrapping my company up because I can’t see a way out of this.

“I feel anxiety almost every single morning and I don’t sleep well. My health has changed drastically and I don’t know how I can get through this on my own. I don’t feel the support.”

Back British Business said "tens of thousands of firms are facing ruin as they grapple with repayments".

The campaign said many firms thought they could take loans out during the first lockdown, then repay them quickly once they started trading again.

But continued lockdowns meant many ended up racking up interest but being unable to trade to pay it off.

Now the campaign thinks it can bring a claim against the government under common law, by simply asking a court if it is right and fair that the loans are repaid.

Back British Business chief executive Wasif Mahmood said: “The campaign claims that the loans are unreasonable and unenforceable due to the repeated lockdowns and confused guidance as the pandemic unfolded , with many businesses wrongly believing that they would be able to quickly carry on trading.

“At the time the loans were announced, the government said that the pandemic was under control and that lockdowns would be for a limited period to prevent the NHS being overwhelmed.

"The loans looked sensible to particular business owners, many of whom were excluded from any form of furlough or grant support, to say, yes, we can survive this – if we take a loan we can then trade through to pay it off.

"The problem is that the goalposts were moved- and many times – resulting in an unlevel playing field."

Mahmood said many firms took out their loans on the understanding that the government would stand behind them if they could not afford to repay them.

The campaign is calling on the government to consider appeals to save small businesses and to write off some or all of their loans.

Mahmood said: “Allowing these businesses to go to the wall is in nobody’s interest."

A government spokesperson said: “From the start of the pandemic, our priority was to protect jobs and livelihoods, which is why we acted quickly to launch these schemes, which have helped over a million businesses.

“We have always been clear that these are loans, not grants, while ensuring companies can repay their loans on the terms which work best for them through our Pay as you Grow measures.”