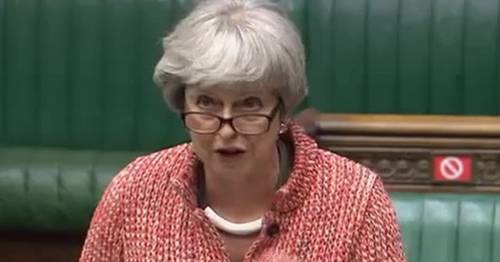 Theresa May has savaged Boris Johnson's "chaotic" foreign travel rules after thousands of Brits in Portugal were plunged into the amber list.

In a furious broadside at her successor, the former Prime Minister said it is "incomprehensible" that Brits can barely take any foreign holidays despite the huge number of vaccinations.

She warned Brits will "never be able to travel abroad ever again" if the point of travel restrictions is to keep out new variants.

And witheringly the Maidenhead MP – who received £8,400 worth of hospitality from nearby Heathrow Airport last year – said the government "needs to decide whether it wants an airline industry".

It comes after Portugal, one of the only "green list" countries Brits could travel to without quarantine at either end, was put on the amber list in a travel update. 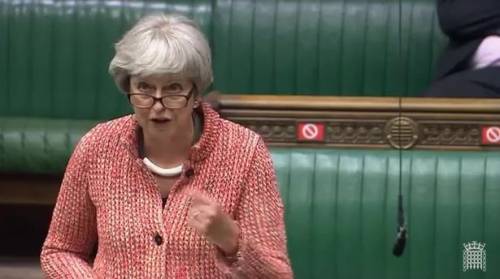 Theresa May was not happy
(Image: Parliamentlive.t)

That means returning Brits have had to isolate for up to 10 days at home since 4am on Tuesday.

While travel to red or amber list countries is not legally banned, the government is strongly advising Brits against it.

Labour has called for a stricter border policy while SAGE scientists argue restrictions are needed to keep new variants from undermining the vaccine programme.

But Mrs May said the government should be "up front" with the public that "we will not eradicate" Covid-19 from the UK.

Mrs May said deaths from Covid will also continue in future and highlighted the thousands of flu deaths which occur in the country each year.

Speaking during a low-key general debate on the aviation, travel and tourism industries, she said the Government has failed to act on its promise from June 2020 to get internationally-agreed standard health measures in place.

The Conservative MP said: "One year on, we are no further forward – indeed, what we have is a devastated industry, jobs lost and global Britain shut for business. More than not being any further forward, we've gone backwards.

"We now have over 50% of the adult population vaccinated – a wonderful programme – yet we're more restricted on travel than we were last year.

"In 2020, I went to Switzerland in August, South Korea in September, there was no vaccine and travel was possible – this year there is a vaccine, travel is not possible. I really don't understand the stance the Government is taking."

Mrs May raised questions over the "mixed" messaging over travel to countries on the amber list, adding the system is "chaotic".

She also told the House of Commons: "I think there are some facts the Government needs to be upfront with the British people about and ministers need to think a bit more of when making these decisions.

"First, we will not eradicate Covid-19 from the UK. There will not be a time when we can say that there will never be another case of Covid-19 in this country. 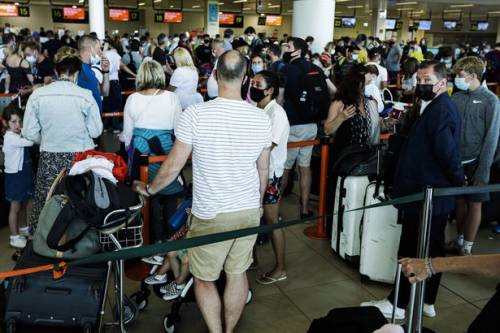 "Secondly, variants will keep on coming. There will be new variants every year. If the Government's position is that we cannot open up travel until there are no new variants elsewhere in the world then we will never be able to travel abroad ever again.

"And the third fact that the Government needs to state much more clearly is that sadly people will die from Covid here in the UK in the future, as 10,000 to 20,000 people do every year from flu."

Opening the debate, transport minister Robert Courts spoke about how reviews are conducted every three weeks on the safety of travel destinations and highlighted efforts to reduce the cost of Covid-19 tests.

He said: "The ability to prove your vaccination status for outbound travel using the NHS app and an inclusive letter service means that several countries now accept vaccinated visitors from the UK with reduced or removed testing and health measures."

At this point, Mrs May put her head in her hands as MPs asked about inbound visitors.

Conservative Sir Graham Brady, chairman of the 1922 committee, asked: "Why doesn't the United Kingdom recognise the validity of those vaccines for international travel?"

Mr Courts replied: "We are considering what role vaccination may be able to play in facilitating international travel."

In his concluding remarks, Mr Courts said he wants to welcome people back to the UK and for Britons to explore the world before adding: "We cannot and we will not rush this, and we cannot and will not undermine our hard won progress.

"If we move too quickly, recklessly even, we could throw away our progress and take us all – including the travel, tourism and aviation industries back to square one."