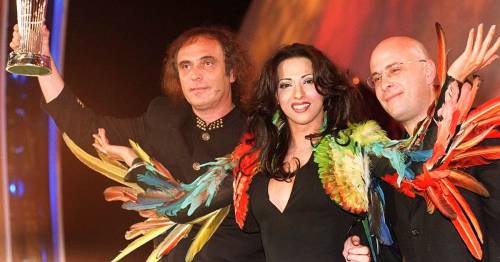 The Eurovision Song Contest is a controversial subject for many but soon it may be unavoidable as the competition could be held in the UK next year.

The organisers have reached out to the BBC after concluding that Ukraine cannot fulfil the competition after the Kalush Orchestra won this year, leaving us in a bit of a tricky spot.

As the Birmingham Live reports, we were this year's runner-up with Sam Ryder's Spaceman, so the UK has been offered the chance to host the competition – but what happened the last time we hosted Eurovision?

The last time we had the honour was back in 1998, when Birmingham rolled up its sleeves and hosted the 43rd edition at the National Indoor Arena.

Terry Wogan and Ulrika Jonsson hosted the event in Birmingham
(

What do you think about the Eurovision Song Contest? Let us know in the comments…

We hosted the event after Katrina and The Waves secured victory in '97 with Love Shine A Light.

Terry Wogan and Ulrika Jonsson were the hosts in Brum, and we entered Nottingham-born Imaani to try and retain the crown. She'd be up against 24 other nations, from Macedonia to Israel, and Malta to Sweden.

"Welcome one, welcome all", said Terry Wogan to kick off the three-hour show. "To paraphrase a football song, Eurovision's coming home!"

Croatia kicked off the proceedings with Danijela's Neka mi ne svane. The ballad was complete with a costume change and full Croatian lyrics – countries were still required to sing mainly in one of their official languages back in 1998.

Imaani performed at the contest
(

Into the middle of the pack was Germany's Guildo Horn – you might remember him as the old man with long hair and a spangly suit, and enough energy to carry the contest on his own. He caused a stir when he leapt up the scaffolding on the side of the stage, singing "Guildo hat euch lieb!" – Guildo loves you!

In came Imaani Saleem to lead us out of the middle of the show with the R&B-infused Where Are You?, clad in a long red leather coat and bringing her four backing singers in black. Nobody knew it at the time, but it was almost enough to secure a second year of Eurovision in the UK.

But we'd already seen the winner, less than an hour into the show. Dana International flew in from Israel to knock everyone's socks off with a proper Eurobeat song, Diva.

Israel won with 172 points, with the UK and Malta not far behind on 166 and 165 points respectively. Poor Switzerland suffered the embarrassment of going home with "nil points" that year – a pain we know well here in the UK.

As with Eurovision 2022, there was drama behind the scenes. The scoreboard was in disarray as the Spanish team accidentally gave 0 points to Germany instead of the 12 they actually voted for, and ten other countries all received one or two fewer points than were shown on screen.

Turkey might have even been disqualified from the contest altogether. They struggled to keep within the three-minute time limit during rehearsals due to tempo issues, but just about scraped through on the night with a 2-minute, 59-second performance.

And with that, Eurovision left the country for Jerusalem, and it hasn't been back since. Next year could be a huge occasion for the UK, with Glasgow touted as a possible host city – but wherever it is, it'll be without the sarcastic comments of the much-missed Terry Wogan.