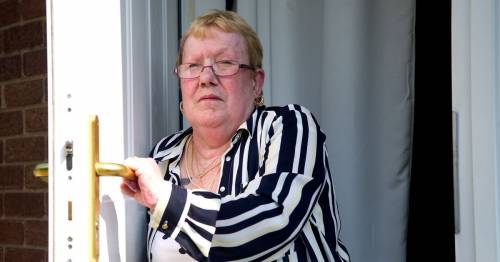 A vulnerable and frightened pensioner says she stayed up all night after nobody turned up to fix her door.

Theresa Whelan’s back door had expanded in the heat and she says she was forced to wait up all night for somebody to fix it, Manchester Evening News reports.

The 64-year-old attached a dressing gown cord and belt to a radiator in an effort to secure the door, which wouldn’t close after around 4pm on Tuesday.

Theresa got in contact with her housing association, who didn’t come out to help her – and suggested instead that she should throw cold water on the plastic door. 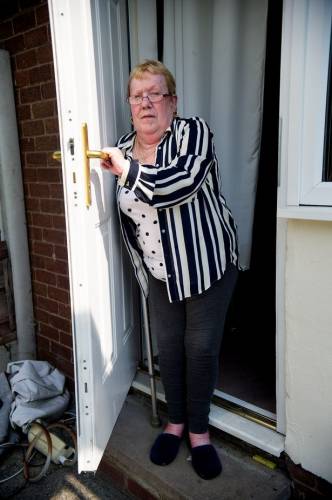 Ms Whelan says she was waiting all night by her door as no one turned up to fix it
(Image: MEN MEDIA)

However, Ms Whelan, who has had two major strokes and four minor ones was not able to do this.

Her two neighbours were also unable to shut the door.

Southway Housing has said that asking residents to use cold water is standard procedure when it comes to treating PVC doors that have swelled up in the heat.

The housing association said that if it had known Ms Whelan’s back door was still open the it would have been treated as an emergency, but said that no further contact was made out-of-hours. 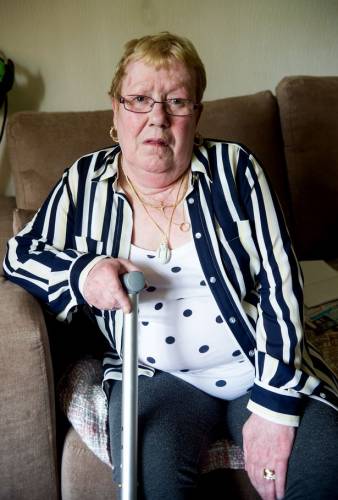 She said she was just trying to make herself feel safe
(Image: MEN MEDIA)

Ms Whelan said she stayed up all night guarding the door as she feared people would jump over the fence of the community garden and break into her home.

She said: “I was just trying to make myself feel safe. Every little sound would make me jump.” She said she was worried because if someone had come in, she would not be able to defend herself. 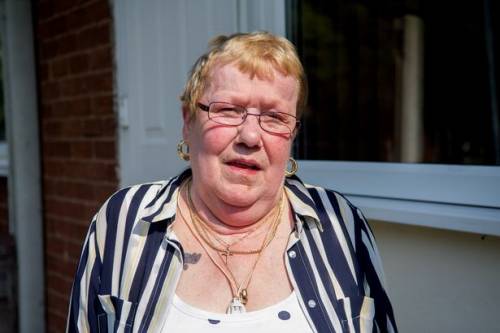 The door was fixed by a photographer
(Image: MEN MEDIA)

Ms Whelan said: “I really was frightened. I shouldn’t have to spend the night like that at my age.”

A photographer from the Manchester Evening News, Steve Allen, went out to see Ms Whelan before she was visited by anybody from Southway Housing. Luckily, Mr Allen has experience in the building trade.

He managed to close the door on Wednesday morning with some force and hand sanitiser gel.

Mr Allen said: “She obviously lives on her own and just wanted to feel safe.”

He added that the plastic was catching on the plate at the bottom of the door.

"She just hasn't got the strength," he said.

"She seems a lot happier now than before I came. I told her she can
get some sleep now." 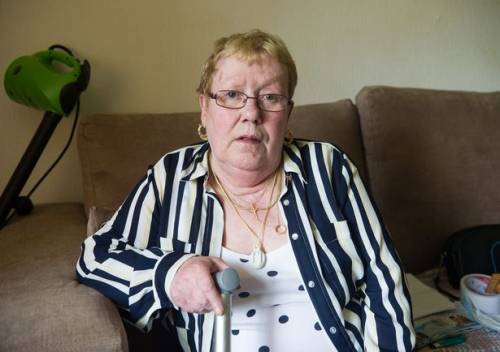 The housing association says they were not made aware that the problem with the door had continued
(Image: MEN MEDIA)

A spokesperson from Southway Housing said: “We are very sorry that Ms Whelan has had difficulties due to her door not closing and was left so concerned for her safety overnight.

“Unfortunately, we were not made aware that the problem had continued after we had provided initial advice on how to resolve the matter earlier in the day. If we had known that this was not effective, particularly through the evening, then we would have dealt with this matter as an emergency and rectified the issue immediately through our 24 hour repairs service.

“We are very concerned for Ms Whelan and are in contact with her to ensure the property is now secure and to provide reassurance. Our tenants safety, security and well-being are very important to us, and we would always encourage people to inform us of problems, particularly if they feel vulnerable.”

Previous : Intel’s foundry ambitions could be slowed by lack of deal targets
Next : Evening of violence in London as man stabbed to death and woman, 19, slashed with knife