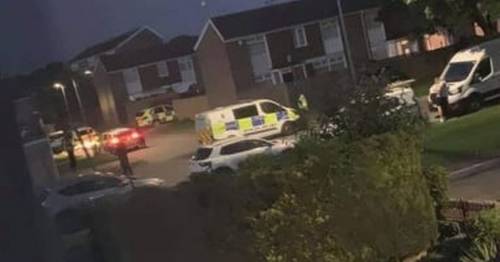 A teenager was slashed with a Samurai sword outside a mini-supermarket leaving "blood everywhere", a witness has claimed.

The injured male suffered injuries to his hand following the attack in front of a McColl's store in Cheltenham Avenue, Sutton Park, Hull, at 1pm on Wednesday, police have confirmed.

Officers later surrounded a house in Coleford Grove, Bransholme, and while it is not clear if anyone was arrested, police said there was "no risk" to the wider public.

A local resident, who did not wish to be named, told HullLive: "The man in question was threatening people with a sword outside of the shop. 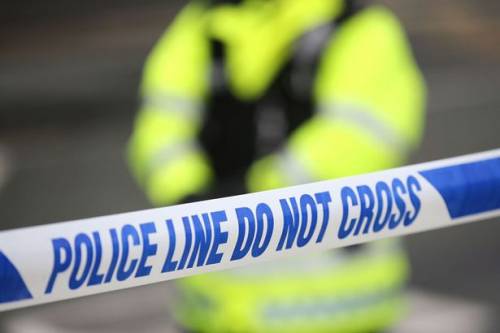 "He managed to attack a young teen. There was blood everywhere. Police keep coming back to the house but I don't think he's in there. They keep coming to the house to see if they can catch him but to no avail."

Another resident said: "Police were telling all his neighbours to stay inside."

The manager of the convenience store said: "A couple of customers had an altercation in the store and that was it as far as I was concerned.

"But then one of them went home and came back with a Samurai sword, although I didn't see it myself. The injured man's girlfriend came in for a first aid kit and tissues and said her boyfriend had been slashed.

"As far as I know it was superficial. I told my staff to come inside and the police turned up."

A Humberside Police spokesman said: "Officers were called to a disturbance in the Cheltenham Avenue area of Hull, at around 1.00pm yesterday (Wednesday, July 21).

"It was reported that a man was assaulted by another man believed to be known to him. One of the men suffered injuries to his hand. There is no wider risk to the public.

"Our investigations are ongoing and we ask anyone who has information, or has CCTV footage, to contact our non-emergency number on 101, quoting log 266 of July 21, 2021."

Previous : Viewsroom: Olympic blunders and Robinhood’s IPO
Next : Mum-of-three could be made ‘homeless’ if she doesn’t take council house 150 miles away