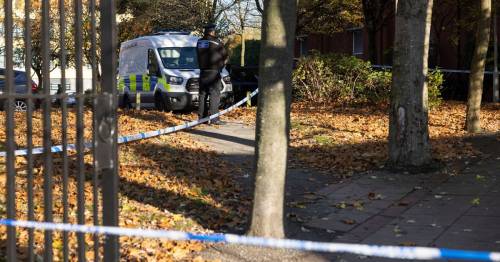 Teenage girl, 16, fighting for life after being found unconscious outside gym

A 16-year-old girl is in a critical condition after being found unconscious outside a gym and near a busy main road.

The teenager is believed to have collapsed between 9.30pm and 10.45pm yesterday in the grounds of Everton Park Lifestyles gym on Great Homer Street, Liverpool.

She is now in a critical but stable condition in hospital, the Liverpool Echo reports.

Today a cordon remained in place in the area, which is opposite the Sainsbury's supermarket and another gym complex, The Gym, which is open 24 hours a day.

The Gym's assistant manager Norbert Telek said he arrived for work early this morning to find a large cordon in place outside.

Do you know anything about this incident? Email webnews@mirror.co.uk

A 16-year-old girl was taken to hospital
(

He said: "There was a van there and police were looking for evidence.

"I was shocked when I found out what it was really about. She's so young. Hopefully she will be fine.

"It's terrible times now, it's scary."

Nearby resident Steven Goff, 34, said: "I moved here three months ago and I like living round here, it's a nice area.

People in the area have expressed their shock
(

"I see a lot of young people in the park. Hopefully she'll make a full recovery."

Extensive CCTV, witness and forensic enquiries are being carried out to establish the full circumstances. Detectives have urged anyone with any information to come forward.

Detective Sergeant Timothy Farley said: "We are in the extremely early stages of this investigation and are working to establish the full circumstances of how a young woman was found unresponsive.

Police are appealing for information surrounding the incident
(

"If you were in the Great Homer Street area late last night and saw anything or anyone suspicious then please let us know.

"Similarly if you were driving in the area and have dashcam footage then please review it and get in touch if you see anything. Information you hold could prove vital to our enquiries."

Anyone with any information is asked to DM @MerPolCC or message Merseyside Police Contact Centre on Facebook, quoting reference 21000810802.

You can also pass information anonymously via Crimestoppers on 0800 555 111, or contact them via their online form here.

Previous : Police: Parade-crash suspect was in a domestic disturbance
Next : Disabled woman ‘slept on 2 chairs pushed together’ after being given unfurnished home