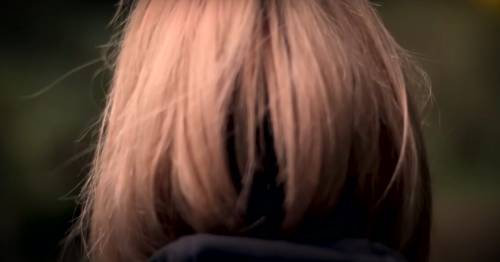 An alleged victim of a Hull grooming gang has bravely told how she was bitten, beaten and burned during a violent rape, it has been reported.

The girl's mum grew so worried after her daughter repeatedly went missing with the men that she put a tracker in her bag and sent the information to the police, Sky News reports.

Anna (not her real name) is the second young woman to tell the news outlet of the alleged abuse at the hands of grooming gangs reportedly still at large in the East Yorkshire city.

Anna told Sky News: "The main thing that was in my head as if I don't do this something worse is going to happen. So, I'll have to go.

"I felt I was protecting my family by going back. And it's just the whole cycle you're in, it's hard to get out of.

"When you're so far into it, you're just normalised to it. When no-one's offering you help, you kind of think 'well it can't be that bad if no one's bothered'."

The first alleged victim Sarah (which is not her real name) previously told how she was raped by about 150 men from the age of 13.

It comes after a two-year investigation by Humberside Police was stalled when ofter officers concluded there was not enough evidence to go to court.

Diary entries and other documents seen by Sky News now appear to support the claims of Anna.

Jim Gamble, the former head of the Child Exploitation and Online Protection Centre, has now said it was "time to declare war" on criminals getting away with "rape by appointment".

The alarming evidence compiled by Anna includes her teenage diary, the account of her school welfare officer and photos of bruising and strangulation, which she alleges was at the hands of her abusers.

Her diary was seized by police and was later given back has offered a heartbreaking insight into her world as a young abuse victim.

She writes how she feels like she is "living a double life" where "Normal" Anna hangs out with friends and family but the other one feels "controlled like a puppet".

Anna was 16 when the abuse started – and police needed to prove she was coerced by the alleged gang.

She took photos of the bruises on her body, which match the injuries she wrote about in her diary.

Anna also updated her school's welfare officer who made a log on what was happening.

There are 290 logs from an 18-month period that refer to concerns to child exploitation – and Anna is said to refer to the fear she has of the men.

Some of the evidence seen by Sky News details Anna's fear of ignoring the men and how a teacher saw messages that said "I'll actually kill you" and "Don't ignore me".

Anna provided more than a thousand pages of evidence and that was shared with Mr Gamble.

He told Sky News: "Having looked at the information that is there, there is no true consent that I can see. And anyone who just looks at a few of these papers will see that."

Anna's mum also told the news outlet that she put a tracker in her daughter's bag because she was so worried and she would also email the police with the information about her location.

She said on one occasion that police picked Anna up, the family then received death threats.

The first abuse in Anna's diary is from November 1, 2018, where she describes being " bitten, hit/slapped, dragged by legs, pinned down, hand over mouth, spat on, burnt, drink thrown at me, choked, neck locked tight" by an older boy at school.

She continued: "Rape… I can't write anymore yet, too fresh."

After this, a group of different older men appear to take control of her life.

Detective Chief Superintendent, Phillip Ward, said Humberside Police "share the disappointment and frustration" of not being able to reach the evidence threshold to take the alleged victim's cases to court after.

In a statement, he added: “We can confirm that two of the three individuals that have recently been interviewed by national media, were involved in the Operation Marksman investigation.

“Throughout the investigation we have had a dedicated senior investigation officer overseeing the investigation, up to 15 specialist officers, social services professionals and safeguarding leads, working on the case at any one time, providing strategic support, expert advice and specialist skills to piece the evidence together. Each victim had a dedicated support officer from the police and from the local authorities to ensure every aspect of safeguarding was considered.

“We also engaged with the National Crime Agency (NCA), Child Exploitation and Online Protection Command (CEOP), other police forces, and Operation Hydrant (the national lead for the policing response, oversight, and coordination of child sexual abuse investigations) to help us with the intensive and complex investigation.

“We obtained detailed accounts from everyone identified as a victim or witness and these accounts, alongside the supporting evidence provided, led us to the arrest of 34 individuals in connection to the investigation.

“As part of these arrests, we seized over 200 digital devices from suspects, every one of which was forensically examined. This included analysis of messaging services, social media, GPRS, cell site and contact data, making every effort to identify contact between the suspects or link them to the victims and/or addresses of interest to the investigation. Over 10,000 text messages were reviewed as part of this analysis.

“Despite two years of intensive investigation, analysis and examination, we share the disappointment and frustration that we have been unable to identify sufficient evidence to corroborate or support the accounts given to us by the victims. As a result, we have been unable to meet the Crown Prosecution Service’s evidential threshold for us to formally charge anyone in relation to Operation Marksman.

"Critically the investigation found no evidence of organised child sexual exploitation in any part of our community, either geographically or through ethnicity."

He continued: "I would like to reiterate, that whilst current lines of enquiry have been exhausted, we will never fully close this investigation and I urge anyone with any new information, to get in touch with us as a priority. We will investigate all information provided to us.

“We have formally requested the evidence provided to the broadcaster, to see if any new pieces of evidence have been provided to them that Humberside Police are unaware of.

“At this time, the broadcaster has not responded.

“We encourage anyone that has been a victim of sexual abuse of any kind to get in touch using the non-emergency line, 101. You will be treated seriously, you will be provided appropriate support from the police and partner agencies and we will do everything we can to investigate the case fully and bring those that commit such crimes, to justice.”