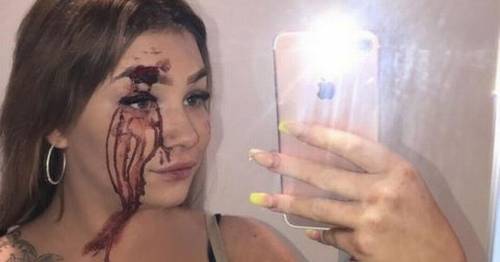 Harrowing pictures show the injuries a teenage mum suffered in what she describes as an unprovoked attack while she was picking up a takeaway.

Jade Grocott was left covered in blood after the assault at the Stoke-on-Trent takeaway, where she was collecting a pizza after visiting the pub.

A man – who Jade says she did not know – was also reportedly beaten up in the incident, which happened at around 1am last Friday.

But the takeaway has denied any knowledge of any violence, StokeOnTrent Live reports.

The business says it asked two 'drunk' women to leave the premises after they became 'hostile'.

Photos show Jade's face dripping with blood from a gash to her eyebrow. 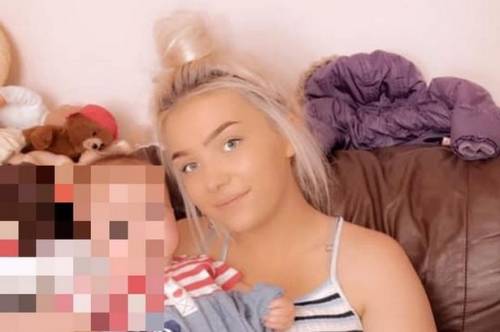 Police took her to the Royal Stoke University Hospital where she had five stitches before being discharged.

Jade said: "I'd gone in to order a pizza and while there I asked if I could go to the toilet but they said 'no'. I then waited at the side of the building before going back in to get my food.

"They slammed it down on the counter. I walked out but they followed me.

"Some lad was walking past at the same time and they started arguing with him. They pushed him to the ground and punched and kicked him.

"I went to challenge them when one of them turned around and hit me. At first I thought it was a punch but when I was in hospital I was told the injury had been caused by a sharp object. 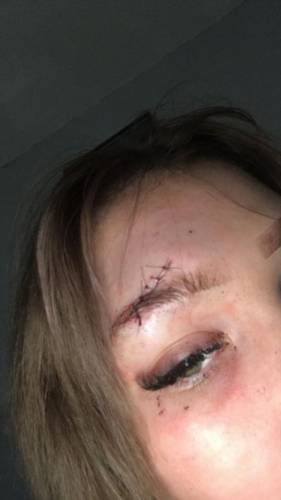 "The lad got up off the floor and they chased him down the street. There was seven or eight of them.

"I walked off and got on to the police straight away. It was at that point that they closed the shop and drove off.

"By the time the police got there they were long gone."

Jade says the incident has left her too scared to leave her home.

She added: "Me and a female friend had just gone to the pub but we were too late for food so we thought we'd get a takeaway instead.

"I don't understand what happened. I have no idea who the other lad was, he was just walking past as far as I could tell. I don't know if they thought he was with me.

"I don't know why they did this to me. I've never had an issue there before.

"I'm too scared to leave my home now. I've been struggling to sleep since it happened. I just hope they are caught."

The takeaway says two women – thought to be Jade and her friend – had been swearing inside the business. It says they appeared to be having a problem with the man who was later attacked.

A spokesperson for the takeaway said: "We just locked up and went home. If anything happened after that I'm not aware. We love our customers and have never had a bad reputation."

A spokesperson for Staffordshire Police said: "Police were called at 1.04am on Friday following reports of violence. Officers attended and a woman reported sustaining a facial injury following an altercation. She was conveyed to hospital for treatment."