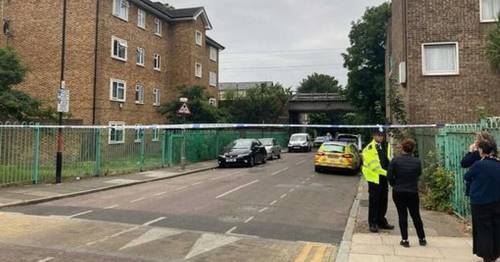 Teen, 17, stabbed to death as seven people knifed in capital in 24 hours

A teenage boy was stabbed to death during a broad daylight attack in London today.

Police were called around midday after the 17-year-old was knifed just minutes away from Tottenham Hotspur's stadium.

Despite the efforts of officers and paramedics, he was pronounced dead at the scene.

Two males have been arrested in connection with the stabbing and both have been taken into police custody.

The boy's family is being informed, with a post-mortem examination to take place soon, said the Metropolitan Police.

It is the seventh stabbing to have occurred in the capital in 24 hours, reports The Express.

The first incident took place around 2pm yesterday (June 17) in Bromley, south London, where a man in his 20s was rushed to hospital after being found with multiple stab wounds.

Police were then called to reports of a double stabbing in Hackney on Friday afternoon.

Two men were taken to hospital with non life-threatening stabbing injuries and both were arrested.

Last night, two teenagers aged 17 and 18 suffered stab wounds after a fight at Hampstead Heath and were taken to hospital.

Later on Friday evening, a 16-year-old boy was treated at hospital after being knifed at Crystal Palace Parade.

Police at the scene of the fatal stabbing in Tottenham
(

No arrests have reportedly been made in relation to the Bromley, Hampstead Heath and Crystal Palace incidents.

Two Section 60s – which allow police to stop and search anyone in a certain area – were granted after the spate of stabbings.

Referring to today's fatal attack, the Met Police said in a statement: "Detectives are appealing for information and witnesses following a fatal stabbing in Tottenham.

"Officers attended the location and administered first aid. Despite their best efforts, and those of ambulance colleagues, the 17-year-old male was pronounced dead at the scene.

"Officers are in the process of informing next of kin. The boy’s family will be supported by specialist police officers."

An "urgent" investigation is underway and a post-mortem examination will be arranged in due course, added the force.

Previous : Woman, 25, who ‘lit up any room’ is killed after Mercedes crashes into tree
Next : Mike Tyson admits he was “irritated and high” after punching passenger on plane