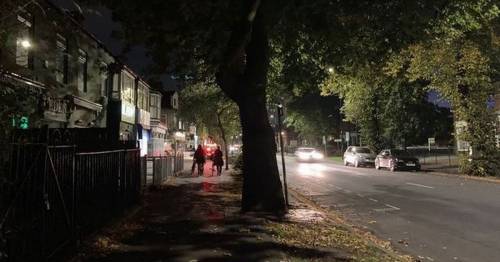 A taxi firm has defended a driver who allegedly tried to "abandon" a 20-year-old woman in a dark street.

Lauren Rushford broke into tears after a Drive taxi driver allegedly attempted to leave when she she was unable to pay her fare.

Drive claims its driver went "beyond what is expected" to try and assist her on the evening of November 19.

Lauren claims she was told by the operator that she would be able to pay using her bank card in the taxi, Hull Live reports.

But she claims that when she reached her location, the driver told her he did not have a card machine.

When an attempt to transfer the money via a link did not work, the driver took Lauren to two cash machines that were out of order.

They arrived at a third machine, where Lauren was allegedly told to leave her phone in the taxi as assurance she would return.

Lauren said she agreed before attempting to withdraw the £17 she owed him.

Unfortunately, this time, the machine "ate" her bank card and she returned to inform the driver.

Lauren claims he then locked his car door and rolled down his window to tell her she was wasting his time. He allegedly told her she would need to contact the Drive office instead.

"I asked him how he expected me to contact the office when he had my phone? I didn't know where I was. I'm not very familiar with that area," she said.

She claims the driver began to move his car and Lauren had to stand in front of his car to stop him from driving off with her phone.

"It was scary, it might not seem serious to other people but I suffer from anxiety. I did cry because I didn't feel safe at all," she said.

"He was talking to me like I had committed a crime, his tone was very harsh. It could have ended up way worse.

"The main thing that annoys me is that he was completely ready to leave me in a place where I didn't know where *I was and he was going to leave me without my phone which means I would have no means of contacting anyone."

Lauren said the driver eventually took her to the Drive office in the Avenues where they continued to keep hold of her phone but allowed her to make a call to her mother.

Her mother came and made the payment and Lauren was able to leave with her phone.

A manager at Drive said the the driver had already "gone beyond what is expected" by taking the girl to the cash machines.

He said: "The drivers have to make a living they've got children to support, they've got mortgages to pay.

"Drivers don't have a card machine, but we do send out a link to pay, we didn't have any issues with those links on the weekend. They were working.

"The young lady was obviously not entering the details correctly into our app or into the cash machine.

"Then there is the fact that the driver did way, way above what you would normally expect. At the end of the day, the driver needs to get paid for the work he does.

"Unfortunately, the person who got it the hardest was the driver who wasted quite a long time taking this young lady to the cash machines."

Previous : No. 1 Gonzaga dominates No. 2 UCLA in marquee men’s basketball matchup
Next : No10 in chaos as Boris Johnson’s spokesman forced to insist ‘the PM is well’