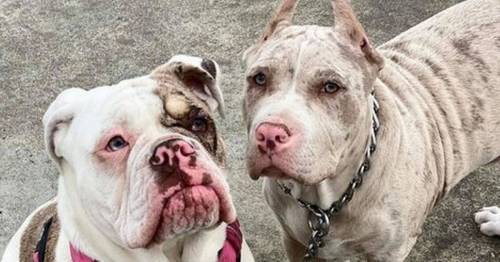 A suspected thief lay in wait for hours outside a house before breaking in once the occupants had gone out and stealing their bulldogs.

He hid for four-and-a-half hours, stalking the home, so he could strike once he was certain there was nobody in.

He then entered the property and snatched two puppies worth thousands of pounds, leaving the owners ‘distraught’, reports BirminghamLive.

The incident happened in in Kings Heath, Birmingham on May 14, where Cavan Dixon lives with his three-year-old step-daughter and girlfriend Brooklyn Roberts.

CCTV footage shows the suspected thief arriving outside their home then lying in wait before breaking in, after waiting for Mr Dixon to leave with his step daughter at around 11.30am before pouncing.

Ms Roberts had already left earlier that day for a driving lesson. 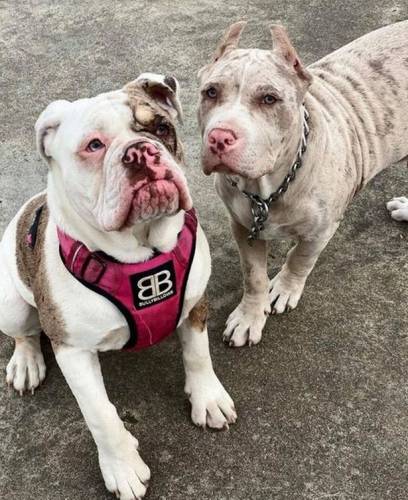 The pups were only a few months old and their owners are distraught
(Image: BPM MEDIA)

The suspected thief broke the back door, forcing two barrels of the lock open to get in the two-bedroom home where he stole four-month-old American Bully XL, Nitrous, and six-month-old English bulldog, Mercury.

Ms Roberts said it was bad enough that the dogs were stolen, but to find out their home had been ‘targeted’ and watched made her feel even worse.

“He arrives at 7am in the morning and waits four-and-a half hours for us to go out,” she said.

“It’s impacted us even more it being confirmed that we were so targeted. I am honestly distraught.” 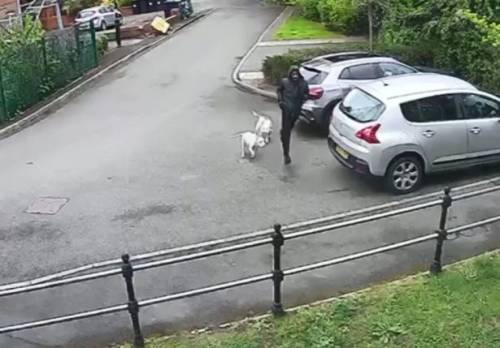 The sneaky suspected thief had been watching the property for hours to wait until the dogs were left alone
(Image: BPM MEDIA)

Mr Dixon, 21, said the family had been “ripped apart” by what had happened.

“Our daughter keeps asking us when the dogs are coming back. She’s three. This has ripped apart our family unit,” he said.

“We have been everywhere doing our own investigating. We have had lots of different leads. We have barely been in our own house and been out to see if we can find the dogs.

“Dog thefts have gone up during the pandemic. It’s scary that that’s what people are trying to do.

“The emotional side of it is destroying families.” 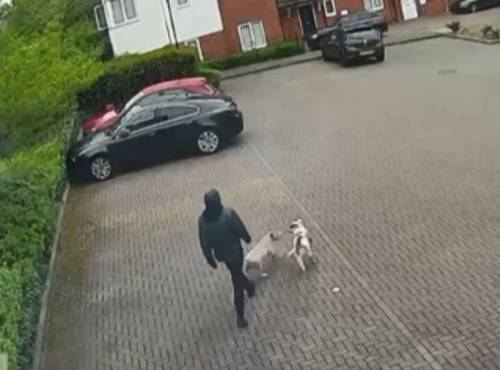 Mr Dixon thinks the suspected dognapper watched how he was with the animals first
(Image: BPM MEDIA)

The two dogs are said to be like ‘brother and sister’ and Mr Dixon believes the thief had watched him with them first, because the manner in which he stole them was similar to how he took the dogs out for a run.

“When I take them out I run with them to where there’s a field. And that’s how he did it,” he explained.

The Kings Norton team from West Midlands Police have put out an appeal on Twitter asking public help, stating: "Have you seen these missing bulldogs?

"They were stolen during a burglary in Boatmans Reach, Kings Norton on Friday (May 14) sometime between 11.30am and 3pm.

"We want to speak to the man pictured, who was seen carrying one of the dogs.

"The owner is understandably upset, and we need your help to find the dogs so we can reunite them.

"If you have any info about their whereabouts or have been offered the dogs for sale please get in touch via Live Chat or call 101. Please quote crime reference number 20/245106/21."

Previous : Japan to boost spending to promote local chip production -Nikkei
Next : Brits book ‘virtually every hotel room’ on Algarve to escape after ‘year from hell’