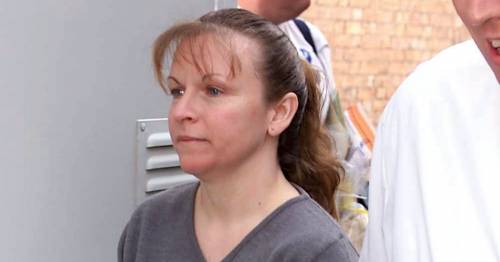 The surviving husband of a 'Black Widow' killer in jail for murder has lashed out at her application for freedom.

Dena Thompson has been behind bars since 2003, when she was convicted of murdering her second husband with a poisoned curry.

Thompson, now 61, went on to marry again, and was cleared of attempting to kill her third husband with a baseball bat and a carving knife.

The Parole Board has confirmed that a hearing is scheduled for this month to decide whether the convicted bigamist, fraudster and murderer should be freed.

Richard Thompson, who said his wife, from Cullompton in Devon, tried to kill him despite her 2001 acquittal, has said she must remain in prison.

Richard Thompson says his ex wife Dena should not be released
(

She was cleared after jurors accepted that she acted in self defence – a claim Mr Thompson bitterly refutes.

Mr Thompson, 63, told the Daily Mail : "She definitely tried to kill me, and they proved that she murdered her second husband.

‘So, she would have been a serial killer if she had been successful. And God knows what else she has done."

He said he was shocked to learn that Thompson's case would be heard by the Parole Board this month – saying he had not been notified.

Although she was cleared of Mr Thompson's attempted murder, she was given a three year and nine month jail sentence after stealing thousands of pounds from him and two former lovers.

After she was charged with trying to kill her third husband, police exhumed the body of the second man she married, Julian Webb, who died in 1994 aged 31.

She was still married when she tied the knot with Mr Webb, it emerged.

New forensic evidence was discovered proving that Mr Webb had been murdered, and killer Thompson was told in 2007 that she must serve at least 16 years before she was eligible for parole.

Detectives also found that all three of her husbands had money stolen from them, and she tricked other partners into handing over cash with invented stories including a cancer diagnosis.

When she was jailed for Mr Webb's murder, she was told by Judge Michael Hyam at the Old Bailey: "‘You brought about Julian Webb's death by poisoning him.

"What you did was utterly ruthless and without pity. Nothing can excuse you for the wickedness of what you did."

A spokesperson for the Parole Board said: "We can confirm the parole review of Dena Thompson has been referred to the Parole Board by the Secretary of State for Justice and is following standard processes. The case is due to be concluded this month.

"Parole Board decisions are solely focused on what risk a prisoner could represent to the public if released and whether that risk is manageable in the community.

"A panel will carefully examine a huge range of evidence, including details of the original crime, and any evidence of behaviour change, as well as explore the harm done and impact the crime has had on the victims. Members read and digest hundreds of pages of evidence and reports in the lead up to an oral hearing.

"Evidence from witnesses including probation officers, psychiatrists and psychologists, officials supervising the offender in prison as well as victim personal statements are then given at the hearing.

"The prisoner and witnesses are then questioned at length during the hearing which often lasts a full day or more. Parole reviews are undertaken thoroughly and with extreme care. Protecting the public is our number one priority."

Previous : ‘I had awful thoughts of harming my baby. I didn’t want to be near knives’
Next : Israel flight aborted after chilling photos of plane crash sent to passengers – World News