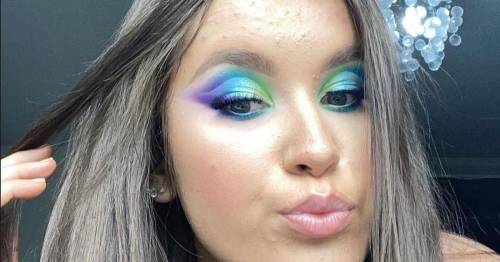 Student ‘could have died’ after doctors misdiagnosed her with ‘freshers flu’

A teen claims doctors misdiagnosed her with "freshers flu" when she went to hospital with toxic shock syndrome after forgetting to remove her tampon.

Ellie Makin, 18, had "drunkenly" fallen asleep with her tampon in overnight and woke up with flu-like symptoms, nausea and dizziness the following day.

When the student collapsed on October 6, she was rushed to the University Hospital of North Durham by her university welfare team, where she claims she told medics about the tampon.

The teen from Droylsden, Gtr Manchester, claims she was discharged after just three hours as doctors "dismissed" her concerns about toxic shock syndrome.

She says they suggested her symptoms were more likely a viral infection as a result of going out drinking in university fresher celebrations.

But after travelling back to her family home, Ellie woke up the following day feeling even worse and was taken to Tameside General Hospital where it was confirmed that she had toxic shock – a life-threatening condition often associated with tampon use.

Ellie said: "It had been freshers and I'd been going out quite a bit and I started to feel really run down with flu-like symptoms.

"My apple watch showed that my heart rate was 120 lying down when it's normally 55, so that was concerning and I felt dizzy and sick as well.

"I'd drunkenly fallen asleep with a tampon in and left it in for 12 hours so I googled my symptoms and knew it was toxic shock.

"I told my mum and she rang welfare and they came to my door. When I answered the door I fainted so they took me to hospital.

"I had bloods done and they told me my white blood count was high but they couldn't pinpoint where the infection was from so they just put it down as being a viral infection and discharged me.

"I knew it wasn't a viral infection because I was dizzy and fainting – I said that I was worried it was toxic shock and told them about the tampon but they didn't do anything about it.

"I feel like I was dismissed – they should've run the tests and not just put it down to freshers flu."

The teen says her mum picked her up and took her home three hours after she was discharged without treatment.

When her symptoms worsened the following day the pair went to Tameside Hospital where it was confirmed that Ellie had toxic shock syndrome, a condition caused by bacteria getting into the body and releasing harmful toxins.

The concerning revelation of how close the student came to missing her diagnosis of the fatal condition, left her "angry" at how the doctors at Durham Hospital had "dismissed" her.

The climate science student spent five days recovering at Tameside Hospital, being treated with IV drips and antibiotics and has now warned others to "trust their gut" and get a second opinion when they feel they have been dismissed as a "drunk student".

Ellie said: "The next day it got worse – my heart rate was at 130 lying down, my temperature was at 40 degrees and I had a rash like sunburn all over my body.

"I was worried when doctors at Tameside Hospital said it was toxic shock but it was a relief at the same time that they were actually listening to me and I could get the treatment I needed.

Ellie shared her experience on TikTok
(

"If there was even a chance it could've been toxic shock Durham Hospital should have run more tests, especially because of the fact that I'd left the tampon in for that long.

"I'm just glad it didn't progress to the more serious form because you can end up on a ventilator or having fingers and toes amputated.

"They said it's a fatal disease and you're lucky to have caught it now. It was scary and made me feel annoyed about how Durham Hospital treated me."

Ellie now claims she's dealing with the aftermath of the condition, including rapid hair loss, which has left her with a thinned hairline, and peeling skin on her hands and feet.

Ellie shows a rash that has been left over her body
(

She fears these side effects could last up to six months after joining online support groups of people recovering from toxic shock syndrome and documenting the same struggles.

Terrified by the ordeal, she is now determined to be extra vigilant with removing her tampon.

Ellie said: "I'll still use tampons but I'll definitely be a lot more cautious about how long I leave them in for now.

"You're taught about it in school but you never think it'll happen to you because it's so rare.

"You should always go with your gut and get a second opinion if you're dismissed by a doctor.

"Even if you only have the slightest symptoms it's best to go and get it checked out because it is a fatal disease."

A spokesperson for County Durham and Darlington NHS Foundation Trust said: "There are occasions when a patient develops further symptoms after leaving the care of our emergency department team, which would support a specific diagnosis.

"We encourage patients to return to hospital for further investigation when new symptoms emerge or existing symptoms persist.

"We're sorry Ellie is unhappy with the care she received and would welcome an opportunity to discuss this and her overall experience with her, if she would find this helpful."