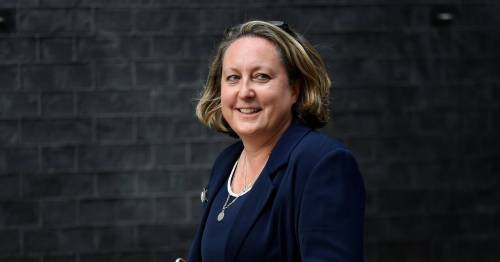 The White House has snubbed British calls for talks over axing tariffs on UK steel exports.

International Trade Secretary Anne-Marie Trevelyan had invited her American counterpart, US Commerce Secretary Gina Raimondo, to London this month to try and thrash out an end to the 25% duties on British-made products, including aluminium.

But in a humiliating rejection, a US Commerce spokesman: "While Secretary Raimondo appreciates the kind invitation, she’s not in a position to travel to London in-person at this time."

The rebuff deals a fresh blow to Boris Johnson ’s “Global Britain” hype – and to steel bosses’ hopes the tariffs will be slashed.

Shadow International Trade Secretary Nick Thomas-Symonds said: “This is bitterly disappointing news for the UK’s steel and aluminium manufacturers and for the many jobs, livelihoods and businesses who rely on this industry.

“This Government needs to treat this issue with the seriousness our communities deserve, and to lean on the ‘special relationship’ with the US.

“Urgent action is required to protect businesses and jobs across the country.”

US tariffs were first introduced for EU steel – including from the UK – in 2018 on national security grounds under Section 232 of the 1962 US Trade Expansion Act by then President Donald Trump.

The US axed duties on steel from the EU on January 1, but Brexit meant the UK was carved out of the deal and 25% tariffs are still slapped on British-made steel crossing the Atlantic.

Experts believe President Joe Biden may be resisting cutting duties because of the ongoing deadlock over the Northern Ireland Protocol.

Joe Biden is refusing to lift the duties
(

He added: “We hope remedying this blockage is given the highest priority.

“The Government urgently needs to strike a deal with the US that will see our steel manufacturers enjoying the same tariff-free access to the US market as their European competitors.

“Our steel industry was already at a competitive disadvantage due to higher electricity prices than our European competitors, and the continuation of these tariffs only worsens the problem."

Labour MP Stephen Kinnock, whose Aberavon constituency includes the Port Talbot steelworks, “This Conservative Government’s reputation has sunk to such a low ebb that not even our closest ally – the US – will meet with ministers to discuss a UK exemption to the crippling S.232 steel tariffs, which are holding British steel firms back.

“The EU secured exemptions from January 1, meaning the British steel industry continues to compete with one hand tied behind its back due to the UK Government's continuing failure to deliver a level-playing field for our steelmakers.

“It is British workers, families and communities that will end up paying the price for the UK Government’s shameful incompetence and alarming inability to engage constructively with other governments.”

The Prime Minister’s spokesman said: "Given the current uncertainty around things like the Omicron variant, it’s understandable that foreign ministers are not able to commit to international travel for in-person meetings.

“The Trade Secretary has extended an invite to Secretary Raimondo to begin discussions to resolve the steel tariff issue in January, including through virtual means.

“We maintain the urgent need to make progress on this issue to lift the prospect of further retaliatory tariffs on US goods, and look forward to virtual discussions with the US.”

The Mirror has been campaigning to Save Our Steel since 2015 when the industry was hit by plant closures and job losses.