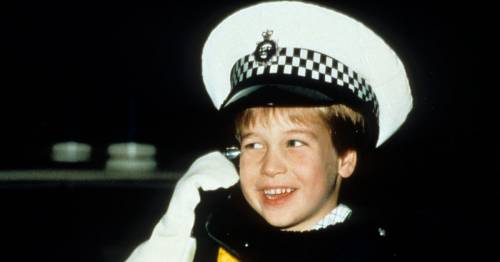 Ever since Prince William was born on June 21, 1982, to The Prince and Princess of Wales at St Mary's Hospital in Paddington, his entire life has been mapped out for him.

It was known from the first moment that he would one day succeed his father and later rule the country as the king – meaning there is very little room for personal preferences.

Despite Prince William's life being laid out in front of him, there was once a time when he fancied a very different career for himself and the sweet reason behind it is all to do with his late mother, Princess Diana.

Diana's biographer Andrew Morton backed up the claim when he wrote about a conversation Diana had with William and Harry.

He said: "William and Harry were aware of their destiny. On one occasion the boys were discussing their futures with Diana.

"'When I grow up I want to be a policeman and look after you Mummy,' said William. Quick as a flash Harry replied, with a note of triumph in his voice, 'Oh no you can't, you've got to be king'," Morton continued.

Prince William once wanted to join the police force
(

It seems the dream of being a policeman runs in the family as Prince William once revealed that Prince George was also "obsessed" with the police.

At a reception at Kensington Palace in honour of Scotland Yard, Police Commissioner Jayne Richardson told William that more officers were needed in the area.

She quipped: "We are recruiting, actually, so if George and Charlotte are keen?" Prince William laughed and replied: "[George] is obsessed, actually, by the police… cars, toys, everything."

George's interest in the police had been revealed the previous year when Prince William personally handed his son's Christmas list to Santa Claus.

The list only had one request written on it… a police car!

Previous : Why is Mother’s Day date different in the UK from other countries?
Next : Disguise Prince Charles wore on holiday so he could go under the radar