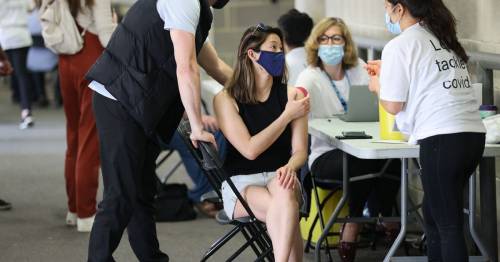 Thousands of people are trying to book their coronavirus vaccines – with some over-25s being told they are "not eligible".

He hailed the NHS and said the nation had reached the "home straight" of the biggest vaccination programme in history.

But many young people reported problems with the website on Tuesday, with some posting screenshots to social media.

The uploads showed an error message which said the users are "not currently eligible to book through this service".

Have you been told you can't book? Email webnews@mirror.co.uk or let us know in the comments below. 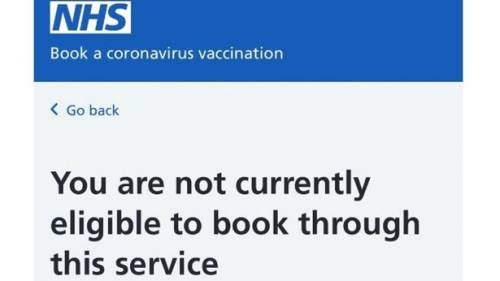 It instead directs them to call the 119 helpline to try and book a vaccination.

Others also reported being told they were held in a queue of thousands.

In response, a spokesperson for NHS Digital said: "Large numbers of people are currently booking their vaccine appointments through the NHS website, which means you may need to wait in a queue.

"We know that some people have been receiving an ineligible message when trying to book, which is being fixed now, so please retry."

The vaccine booking website has suffered glitches in the past, notably crashing in April in the wake of appointment slots being opened up to the over-45s following a surge in demand.

Last month, an apparent security flaw was also uncovered in the website which could allow anyone to work out another person's vaccination status by entering their basic personal information – their name, date of birth and postcode – into the website.

Privacy experts warned that the flaw was exposing personal health information which could be exploited by scammers.

At the time, NHS Digital said it was reviewing and improving the standard messages that were presented on the website.

The rolling out of jabs to under-30s comes amid fears a third wave is under way.

Ministers, experts and advisers will this week begin examining crucial data which will decide whether step four of the unlocking “roadmap” can be triggered on June 21, removing all remaining legal restrictions. 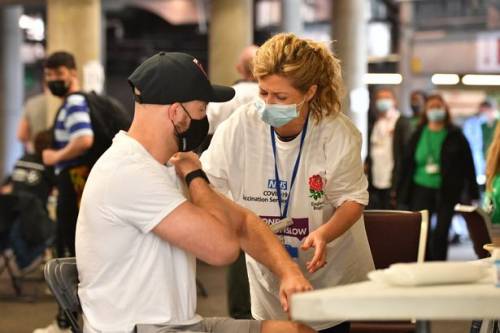 There are fears the unlocking on June 21 could be delayed
(Image: PA)

Boris Johnson is due to make an announcement next Monday.

But the Prime Minister was warned the Indian variant, also known as the delta variant, could scupper the relaxations plan.

And Sir David King, who was Chief Scientific Adviser from 2000 to 2007 and who chairs the Independent Sage Group, told Sky News: "(There are) 5,300 new cases of the disease per day in the United Kingdom and we're up about 2,000 on last week.

"Now, we've been discussing whether or not we're going into a serious third wave and I don't think we can possibly wait any longer.

"This is the evidence of another wave appearing."