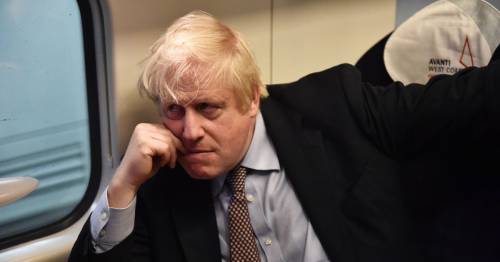 Tories dined with millionaire donors at a winter fundraising ball in London as they backed social care reforms that will affect many of the poorest in England.

Boris Johnson suffered a significant Tory revolt over the change, which passed by 272 votes to 246 – a majority of only 26 votes.

In a sign of anger from MPs at the plans, the Prime Minister's working majority of 80 MPs was slashed, with 19 Conservatives rebelling and 68 Tories failing to vote.

Just minutes before the vote, some Tories were quaffing champagne with rich donors, who paid up to £15,000 for a table at the party's winter fundraising ball

Ministers were given strict instructions by whips to dash back to Westminster in plenty of time amid fears the revolt could be worse than expected.

The Government tried to sneak out a crucial change to how much people will pay for their care during a debate on Tory sleaze last week, which will affect those with less than £186,000 in assets.

The Prime Minister unveiled a £86,000 cap on lifetime care costs in September, which will come into force from October 2023.

But a significant tweak to the offer has now been made, which means only the amount people personally pay will count towards the £86,000 cap – rather than the council support payments.

Sir Andrew Dilnot, the architect of the original social care cap, warned will mean that poorer recipients of care, including those in the North of England and in areas with lower house prices, will be hit hardest.

Using the graph from the Health Foundation below he said people with less than £186,000 in assets would be affected.

Graph showing people’s maximum exposure to care costs for the current system, the Care Act and the Government’s proposed approach
(

And Labour have said the reforms act as a tax on ordinary working people, leaving the poorest to pay more for their care.

Shadow Minister for Social Care Liz Kendall said: "Tory MPs broke the promise they were elected on that nobody would have to sell their home to pay for care.

"Instead they voted to tax ordinary working people, while the wealthiest in our country are unaffected.

Find out how your MP voted…..

Previous : Christmas shoppers urged to take a lateral flow test in new government guidance
Next : ‘Half of my face became paralysed and droopy after trip to Turkey to get veneers’