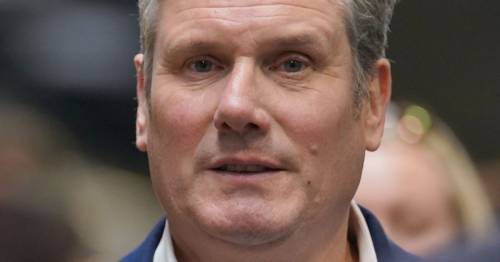 Sir Keir Starmer says his lockdown curry and beer gathering was for work purposes and did not breach Covid rules.

Durham Constabulary announced on Friday it was investigating claims an evening event attended by the Labour leader last year might have broken pandemic social distancing regulations.

Police said they had U-turned on an earlier ruling after receiving “significant new information”. The force initially said that they did not believe an offence had been committed.

Officers have not revealed what additional details sparked the probe, but The Times reported a “key factor” was confirmation deputy leader Angela Rayner attended the evening.

Sir Keir has denied there was any breach of regulations
(

But the Labour Party had previously denied she had been present.

The Daily Telegraph said the so-called “beergate” investigation will take up to six weeks, with those suspected of having breached lockdown rules due to be sent questionnaires.

Sir Keir, a former director of public prosecutions, told reporters on Friday in London – having returned from a victory lap around the country following Labour local elections successes – he did not believe the event had breached the rules.

“As I’ve explained a number of times, we were working in the office, we stopped for something to eat – no party, no breach of the rules,” he said.

"I’m confident that no rules were broken," the Labour leader said
(

“The police obviously have got their job to do, we should let them get on with it.

“But I’m confident that no rules were broken.”

The police faced mounting pressure in the final weeks of the local election campaign to re-examine allegations of wrongdoing by the opposition leader.

This came after footage emerged of Sir Keir drinking a beer with reportedly up to 30 colleagues at a constituency office in Durham in April 2021 while campaigning for the Hartlepool by-election.

At the time of the gathering, non-essential retail and outdoor venues including pub gardens were open but social distancing rules, which included a ban on indoor mixing between households, remained in place.

Sir Keir previously said no restaurants or pubs were open at the time of the alleged offence, and the hotel he and his colleagues were staying in did not serve food, so “if you didn’t get a takeaway then our team wasn’t eating that evening”.

Human rights barrister Adam Wagner appeared to back-up Sir Keir’s argument that the event followed Government guidelines that were in place at the time.

Mr Wagner, an expert on Covid-19 rules, told BBC ’s Newsnight: “What we know about the event is it happened while the local elections were about to take place.

“It was in a constituency office and the Labour Party said they had to feed people because otherwise, at 10 o’clock at night, they weren’t going to be able to feed them.

“And I think that sounds like it was reasonably necessary for work or for voluntary services.”

But Tory MP Andrew Bridgen, who has walked back his call for Boris Johnson to resign over allegations of parties held in Downing Street during England’s lockdowns, said the public were likely to be “appalled” by the investigation announcement.

He accused Sir Keir and Ms Rayner on Newsnight of looking to take the “moral high ground” when calling for the Prime Minister to go over the so-called Partygate saga but “are now under investigation and appear to have broken the rules themselves”.

In January, Sir Keir said the Prime Minister “needs to do the decent thing and resign” after he became embroiled in lockdown breach allegations.

Ms Rayner also questioned Mr Johnson’s suitability as PM, writing on Twitter : “Boris Johnson’s Downing Street is under police investigation, how on Earth can he think he can stay on as Prime Minister?”

Mr Johnson, his wife Carrie Johnson and Chancellor Rishi Sunak are among those to have already been fined for breaking Covid laws.

Previous : ‘I compared prices at Asda, Tesco, Aldi and Lidl and there is a NEW cheapest store’
Next : Tory Minister insists Boris Johnson is still an ‘asset’ despite election drubbing