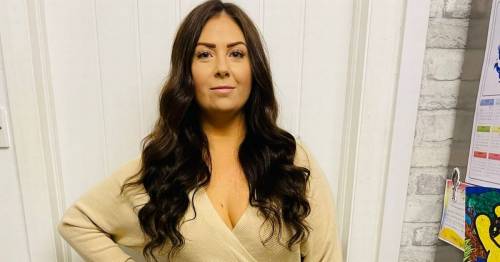 A single mum on Universal Credit claims she was "threatened" by a bailiff who demanded £400 on her doorstep without prior notice.

Jemma Martin, 31, from Beechdale in Nottingham, was in Skegness with her then-partner and her young children – who were four years old and 18 months old at the time.

On arrival to a car park, Ms Martin says she couldn't open the car doors properly to get her kids and pushchair out of the car, Lincolnshire Live reports.

Because there were no parent and child parking spaces, to solve this issue, Ms Martin parked slightly over the white line to create room.

She was consequently given a parking ticket, which she has been disputing with East Lindsey District Council since then.

However, in the morning of April 4, 2022, Miss Martin was faced with a visit from the bailiffs.

"I have had the bailiff at my door asking for £394," she said. "But I wasn't financially in a position to pay that."

When Miss Martin told the debt collector she could not pay, he allegedly threatened to take her car, but could not because it was financed. He then made another threat, according to Miss Martin.

"He threatened that he could come into my home and take my things," she said, adding that when she said she would not let him in, he told her he would force his way into the house.

"I had a bloke in front of me telling he could break into my home and take my things.

"I was very intimidated, he was quite a big bloke," she said.

On a form that the debt collector left, it stated Miss Martin had paid voluntarily, but she said she paid because she felt "threatened."

She said: "I am five foot two inches, what could I do?" She labelled what happened as "disgraceful."

Miss Martin works two hours a day as a midday supervisor at a local school, and the rest of her pay is topped up with Universal Credit payments.

Her ex-partner who was with her at the time of the parking fine is no longer with her, so she is worried about how she will pay the fine.

"I'll have to pay it back, so it will be a while until I'm on top of things." Miss Martin says she was told by East Lindsey District Council the bailiff officer may not have acted appropriately.

A spokesperson for East Lindsey District Council said: "Following due process the lady in question was written to four times and no responses were received to those communications.

"Following this lack of response the matter was passed to the bailiffs who again wrote to the lady twice and no response was received to these letters.

"As is normal in these cases the lady was visited by bailiffs and that has elicited a complaint being made to the bailiff company that will be investigated by them using their internal processes."

Previous : Charles Leclerc claims pole position for Miami Grand Prix as Ferrari lock out front row
Next : Tourist, 24, paralysed from neck down after being bitten by MOSQUITO in holiday horror