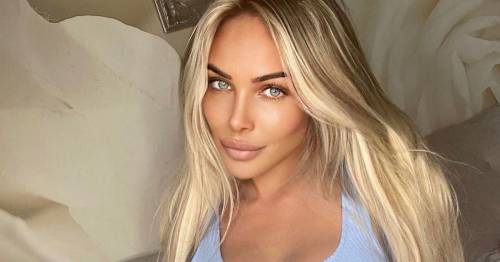 A single mum says she was saved from the street by OnlyFans after flogging X-rated snaps, earning over £1 million in less than a year.

Ava Grace, 29, went from being homeless to worth seven figures thanks to the racy content-sharing app.

She says she is proud that she has been able to build a better life for her and her five-year-old daughter – and couldn't care less about those who criticise her choice to sell sexy photos.

Ava, from Nottingham, east Midlands, is a millionaire after opening an account a year ago.

The subscribers rushed to hand over their cash for access to her sizzling uploads and the beauty says she doesn't regret a thing.

She is one of many content creators celebrating after OnlyFans did a backflip on its proposed 'sex ban' earlier this year.

“Selling sex online has totally changed my life," she told The Sun. "Everything has turned around for me – I was homeless at 16. I had it rough, I’ve always struggled.

“I’ve not known people for a leg-up, and never had family. My dad was never in my life and I don’t have a brother or a sister, my mum went to work in a different country when I was a teenager.

“Everyone has sex, so a lot of single people who don’t have partners need a release. I have no problem with what I do."

She insists OnlyFans stars don't have it easy.

Claiming she can work 18-hour days to keep the punters coming back, the constant need for fresh ideas is a pressure she is happy to put up with.

Ava is one of around 300 millionaires created by OnlyFans.

Bosses reversed their decision to ban sexually explicit content back in August, much to her relief.

Sex workers were left "angry and confused" by the sudden announcement in July.

But it a statement, the company thanked everyone for "making your voices heard" and confirmed they will not ban the raunchy videos and snaps.

"We have secured assurances necessary to support our diverse creator community and have suspended the planned October 1 policy change," the company confirmed.

"OnlyFans stands for inclusion and we will continue to provide a home for all creators."

Members were told they can still post some nude content, but it would need to obey the new rules.

They added: "In order to ensure the long-term sustainability of our platform, and continue to host an inclusive community of creators and fans, we must evolve our content guidelines."

OnlyFans were slammed before the climbdown, with some suggesting it potentially pushes sex workers back into less safe environments.

Previous : Postal worker’s mother says he was bullied before shooting
Next : Boy, 16, arrested on suspicion of murder after Afghan refugee stabbed to death