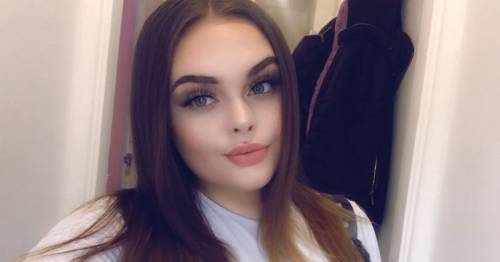 A single mum claims one of her kids became "very ill" because of mould in their housing association flat.

Mum-of-two Alana Norman, 20, lived in a two-bedroom flat in Arnold, Nottingham and was part of the Mother and Baby Unit.

The accommodation was provided by Framework and says she paid £1,200 per month for the property.

Framework has said they addressed Alana's concerns within two weeks of being notified and did not receive any further correspondence, NottinghamshireLive reports.

In 2018, Alana applied to move into the flat through Framework for accommodation when she was a single mum at 15 and still lived with her own mother and two siblings.

Alana says she was excited to move into her own place but says she had an "awful experience" and wanted to leave "within a month of living there".

She said: "The whole time I lived there, there was a lot of mould – I raised this on a number of occasions and some damp traps were brought round, and that was it.

"The mould made me and my first child very ill – I was pregnant and had my second child towards the end of living there too.

"My first daughter was one-and-a-half years old when we moved in, and some of the sentimental stuff has been ruined by the mould, I have nothing left of her being a baby.

"All the bedroom furniture had mould on it, so I got rid of it to be told I was in breach of tenancy as I was told the furniture could have gone somewhere else."

Her close friend Saskia King, 20, who also lived in the same block of flats at the same time said she saw them become ill because of the mould.

However, Alana did not go to a doctor about the issue.

Alana and her family moved out in March 2021.

This image appears to show mould on the bed itself
(

Dave Newmarch, Framework's Corporate Services Director, said: "Alana made us aware of damp and mould in her bathroom early in January 2020.

"We responded, undertook treatment, and completed the work within a fortnight – well within our timescales for such work.

"We have no record of any further correspondence relating to this.

"We take all safeguarding reports seriously and are confident that any matter that was raised such as the one described would have been addressed at the time."