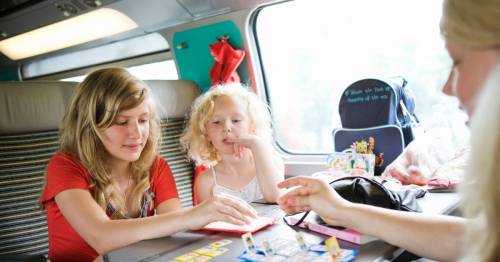 It’s time to dust off those board games you’ve had in your cupboards all year and prepare for a bit of competition this Christmas.

One of the more classic Christmas games is Guess Who, the game when you ask yes or no questions to figure out your opponent's character.

For a game with such a simple concept, things can often get pretty intense – but it turns out you can actually use mathematics to win.

To win quickly, there’s a mathematical tactic called the ‘dichotomy strategy’ or in computing terms, a binary search algorithm.

As reported by Wired, the strategy basically means asking questions that reduce the possible answers by half, over and over again.

So what question should you ask to get the best understanding of who your opponent's character is?

Christmas Day wouldn't be complete without a family board game
(

It's all to do with the alphabet. "Does your character’s name begin with a letter that comes before L?” mean you can eliminate half the board.

If the answer is yes to this, you could then ask “does your character’s name begin with a letter that comes before G?”

That will then be able to help you work out if it’s a letter halfway between A and L, and you just keep repeating that process.

Granted, using this mathematical strategy does have it’s downfall though, as it does a pretty good job of sucking the fun out of the game.

According to applied mathematician Mihai Nica, the dichotomy strategy isn’t always the best way to win Guess Who, though.

In 2015, he used the ‘game theory’ (the maths behind how and why people make decisions) to prove that your best bet is to make risky moves.

He showed that if you were losing, questions should ideally target a small subset of the opponent’s remaining possible identities.

Although moves like this are less likely to help you narrow down your suspects, if you’re already losing, mathematically speaking the rewards should outweigh the risks.

Long story short, if you want to win quickly but have a boring time, go for the first mathematical method known as ‘dichotomy strategy.’

If you want to make things more interesting, opt for the ‘game theory’ to ask your opponent riskier questions.

Previous : Daughter, 20, suing her mum’s GP for millions for allowing her to be born
Next : Turkey hopes for UAE investment deals during Ankara talks