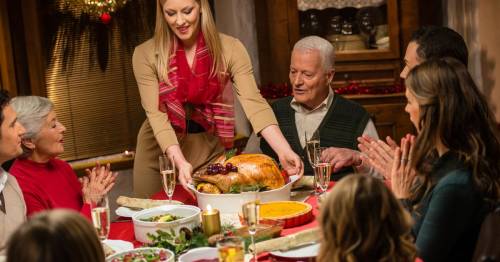 Shoppers warned of ‘tsunami’ of supermarket price rises this Christmas

Shoppers are being warned of a “tsunami” of supermarket price rises in the run-up to Christmas.

Major food suppliers have bagged a 5% price increase from grocery chains which is expected to be passed on to consumers .

Mr Sables told trade journal The Grocer: “We have seen suppliers negotiating around 5% increases. Many are starting to come to fruition. Retailers will try to soak it up. Most likely is consumer price increases.”

A combination of truck driver shortages , the pingdemic and Brexit continue to impact the supply chain while poor harvests around the world are making the problem worse.

One supplier warned: “A tsunami of price increases is heading towards supermarkets. Some suppliers are hanging on by their fingernails.”

Meanwhile, border checks on EU goods coming to the UK could be delayed amid fears they might add to the supply crisis.

Reports say Whitehall officials are in talks after postponing the introduction of the rules, weeks before they are due to come into force.

Previous : All the shops that won’t be open on Boxing Day this year – from Morrisons to Aldi
Next : Love Island’s Toby says he will never be friends with Hugo after epic villa row