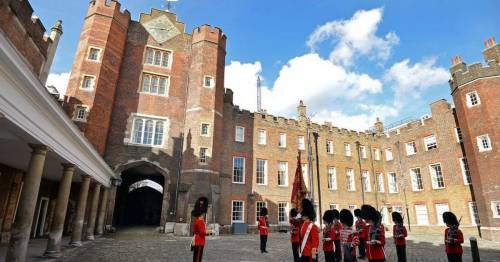 Deep underground in London’s most exclusive neighbourhood there’s said to be a secret underground passageway that linked a Royal palace to a high-class brothel.

Rumoured to be the clandestine “love tunnel” used by a king to visit his lovers, it is believed to run from St James’s Palace to an unconfirmed location nearby.

King Charles II, born in St James’s Palace in 1630, was notorious for having many mistresses, including Nell Gwynne and the Duchess of Portsmouth.

The suggestion is that he also frequented a particular brothel in the area – and by using a secret tunnel he could have access whenever he wanted, without the risk of being seen by courtiers or members of the public.

Its exact position is yet to be confirmed but, according to My London , there’s a strong chance that the fabled subway leads from the palace into a property across the road off Pall Mall that has been there for centuries and had many previous inhabitants.


Get the news you want straight to your inbox. Sign up for a Mirror newsletter here

King Charles II was notorious for having a number of mistresses
(

Occupied now by the long-established high end wine merchants Berry Bros & Rudd, the historic building is said to have a very deep basement where an archway in the wall, pointing towards the royal residence, has been bricked up.

The family business has been running since the 17th century, when a widow named Bourne opened a grocery shop on the site when St James’s had recently been confirmed as the official royal residence.

It later became a fashionable coffee house before concentrating on fine wines and spirits and earning three Royal Warrants.

Another notion reported by My London , fuelled by Jack Brooksbank, husband of Princess Eugenie, the Queen’s granddaughter, is that it runs to the famous Dukes Bar, around the corner in Mayfair.

In a conversation with the Daily Mail’s Richard Eden , Jack, who lived with the princess at St James’s Palace before their marriage, let slip that there was a tunnel from there to the swanky hotel bar on Little St James’s Street.

“I haven’t used it yet, but I’d love to check it out,” said James, himself a former bar manager, having run Mayfair club Mahiki previously frequented by his wife's cousins Prince William and Prince Harry.

Renowned for serving “legendary martinis” the five star boutique hotel has been open since the early 1900s but the building is much older.

In the 1600s it was the London residence of Barbara Villiers, the Duchess of Cleveland, King Charles II’s favourite mistress who gave birth to five of his children.

A bird's eye view of Admiralty Arch and The Mall
(

And it's not just the Royal Family that has history with Dukes Bar.

Among its countless notable clients through the decades was a frequent visitor Ian Fleming, who decided at Dukes that his hero James Bond's iconic drink of choice would be a martini, “shaken not stirred”.

The royals are no stranger to tunnel rumours with there being frequent gossip about a secret underground network linking Buckingham Palace to various other parts of London, such as Whitehall or maybe the Houses of Parliament.

Other unproven rumours include a tunnel between the palace and Clarence House, and a branch of the Post Office Railway running right under the Palace.

Have you heard more rumours about the secret tunnel? Do let us know in the comments section below.

Previous : ‘Singing soldier of Azovstal’ belts out song as she inspires Ukrainians against Russia – World News
Next : Prince Charles fuels his 50-year-old Aston Martin with cheese and wine