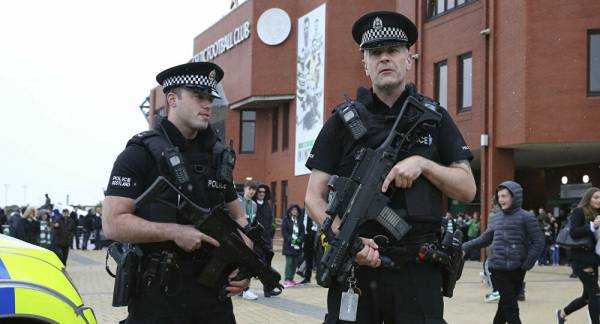 The Scottish Labour Party’s student wing has refused to apologise to police after calling them “B******s” in a tweet on Monday.

Scottish Labour Students (SLP) wrote: “To be clear: ACAB” in a post on Saturday, prompting harsh criticism from the Scottish Police Federation and Conservative politicians.”

This is from Scottish labour students. pic.twitter.com/07fyz2omq1

SLP Chair Mariam Shaaban retweeted the post, adding: “It’s ACAB today, tomorrow and every day after that”. The abbreviation, often seen in graffiti and tattoos, stands for ‘All Cops are B******ds’.

​The organisation deleted the “ACAB” tweet and issued an apology on Tuesday, – but only to activists at a Trans Pride march in London on Saturday, which it claimed was “shut down” by police.

“We have deleted a prior Tweet as it snowballed to itself becoming the story,” the new tweet read. “Its original point was to show support for London Trans Pride attendees in the face of police shutting down the event.”

“We are sorry our clumsy use of language obscured the real issue and apologise to our trans comrades who have our support now and always.”

We are sorry our clumsy use of language obscured the real issue and apologise to our trans comrades who have our support now and always.

Scottish Labour Leader Richard Leonard condemned the student body’s “outrageous statement” on Tuesday, pointing out that some of his own relatives have served in the police force.

I utterly condemn the remarks made by @ScotsLabStudent.

I have family who have served in the police.

It was an outrageous statement to make.

That was after ​Scottish Police Federation General Secretary Calum Steele threatened to boycott the Scottish Labour conference in future in a Monday tweet.

Following the failure of @LabourRichard to unequivocally condemn the hateful bile from Scottish Labour Students this evening I will be writing to him tomorrow advising the SPF will consider ceasing attendance at future Scottish Labour Party Conferences.

​On Tuesday Steele welcomed Leonard’s comments as well as other messages of support from senior Labour figures, adding he had received a “personal apology” from the Scottish Labour leader.

Richard offered a personal apology (which, whilst warmly received, I assured was not required). What (if anything) the Scottish Labour Party does next internally is a matter for the SLP. I am entirely content that the matter is now closed and a line can be drawn under this.

​Shaaban drew fire in March when she celebrated the news that Prime Minister Boris Johnson had tested positive for the COVID-19 virus.