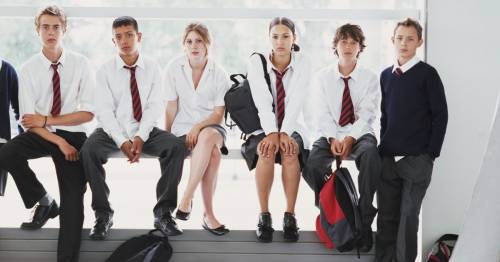 We've had the consultation letter. The blueprint setting out the changes to the school uniform that will do away with skirts and order all girls to join boys in wearing trousers from November.

The parents’ WhatsApp group has been pinging off the hook with angry mums and dads determined to voice their concerns.

Specifically, hundreds of girls at the school (I’d better not name it to protect my teenager and to ensure Mrs L doesn’t put me on the naughty step) have signed petitions to ensure the consultations go one way.

They don’t want it. They feel the school simply does not need to adopt a gender neutral approach to uniform for a variety of reasons.

Some of the petitions make clear that the girls would prefer to retain their femininity.

If there are kids more comfortable wearing trousers rather than skirts, make a special exemption for them. Why make it the other way around?

In terms of body image, school skirts can – for some – be much easier than trousers for girls who are feeling uncomfortable.

Parents and children in schools across England and Wales are not simply complaining for the sake of it. Very often their concerns are not taken seriously enough by schools who, nonetheless, claim to take them seriously.

Some schools claim to be making the change because of a persistent problem of skirts being worn shorter than the rules allow. Others are honest enough to put their cards on the table and admit they are doing so in the name of inclusivity.

That’s to be applauded on the one hand. But it has to be better thought out. It has to work for everybody.

Schools need to include parents in the decision making process before they even get to this proposal stage. Communication is all important.

Without it, the anger will build and the WhatsApp groups will continue to be on fire.