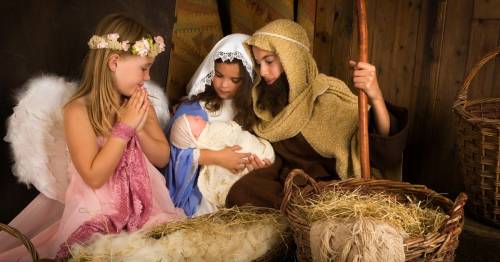 Schools have been forced to cancel Christmas lunches and concerts for kids for the second year in a row.

Parents in parts of the country cannot come see their kids star in Christmas performances because of the Covid-19 pandemic.

Last year, Christmas was effectively cancelled for those living in Tier 4 as nobody was allowed to travel out of the area unless it was for childcare reasons or support bubbles.

So far the new cancellations have been reported in Wales and Scotland but as the UK's Covid infection rates continues to be of concern there's no guarantee there won't be similar problems in England and Northern Ireland too.

The Welsh Government and local authorities have warned schools to follow advice based on Covid rates, WalesOnline reports.

In Carmarthenshire, the council has "strongly discouraged" schools from allowing parents to come into schools for performances.

Some councils have recommended concerts be held virtually.

Bridgend Council has said "limited staffing" means there will be no festive lunches provided in schools.

One mum has been left furious as she says people can go to the cinema, pubs and sporting events but not school concerts.

Faye Mortlock, who has four children aged from six to 11 in years two, four and six, said her youngest daughter is particularly upset that her parents can’t come to her school Christmas concert for a second year.

She said: "Our primary have decided that we can’t go and watch again this year.

“My daughter is heartbroken I can’t watch again, it’s her last infant concert.

“Another childhood rite of passage that she’s missed. I’m so sad though because our school was always so proactive and keen for the return to normal prior to the summer."

First Minister Mark Drakeford has said the government would be "keeping the option of extending the use of the Covid pass" to the hospitality sector.

Earlier this month, schools in Scotland cancelled their Christmas concerts.

Scottish councils said they were following local advice and that schools could opt for virtual concerts instead.

A Western Isles and Orkney spokesman told Press and Journal : “Our position is no plays, concerts, performances etc. in the build-up to Christmas due to high prevalence of virus locally.”

"However, Covid-19 remains present in our schools and communities and therefore Highland schools have been advised that large events (i.e. beyond a class) should not take place indoors or for a live audience.”

There has not been any update to current advice for England and Northern Ireland as Covid cases continue to rise.

On Saturday UK Covid cases have increased by more than 40,000 for the third day in a row.

A further 40,941 cases have been announced today, with 150 fatalities.

This compares with 38,351 coronavirus infections and 157 deaths last Saturday.

It comes as Europe faces a potential Christmas lockdown as leaders scramble to try and thwart rising Covid infections and deaths.